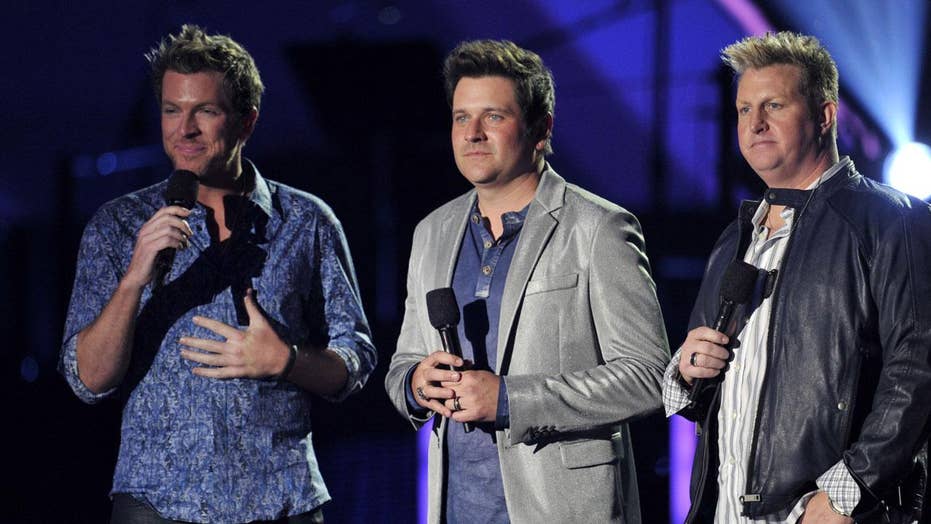 Rascal Flatts faced their fair share of critics when they were first starting out.

The trio were labeled a "country music boy band" and put down for their pop-country sounds. Bassist and producer Jay DeMarcus noted that one early review referred to their music as "bouncy, bouncy, flop."

Seventeen years later with the release of their 10th studio album, "Back to Us," the trio of DeMarcus, Gary LeVox and Joe Don Rooney say they've adapted their material to fit their lives.

"And not cutting as many songs about kicking at the club with the fellas," LeVox joked. "One song is called 'In Bed By 7."

Still the group that has had several platinum records and No. 1 hits relies on young songwriters and artists to keep their music sounding fresh. Grammy-winning pop singer Meghan Trainor's earliest success as a songwriter came when she contributed to two songs on Rascal Flatts' 2014 album, including the single "I Like the Sound of That."

"Back to Us," out May 19, has songs co-written by Shay Mooney of the rising duo Dan + Shay, a duet with 22-year-old "American Idol" alum Lauren Alaina and a song written by powerhouse performer Chris Stapleton.

"I think it's important for all of us to help a younger generation of country music artists come along," said DeMarcus. "And I think the more they have success, the more success there is for all of us. It's really synergistic from that standpoint."

But he joked that the band's relationship with Dan + Shay was more like an internship than a mentorship.

"We made an agreement with Shay early on right when they got signed, if they were going to steal our sound, we had to get first pick of the songs he was writing," DeMarcus said.