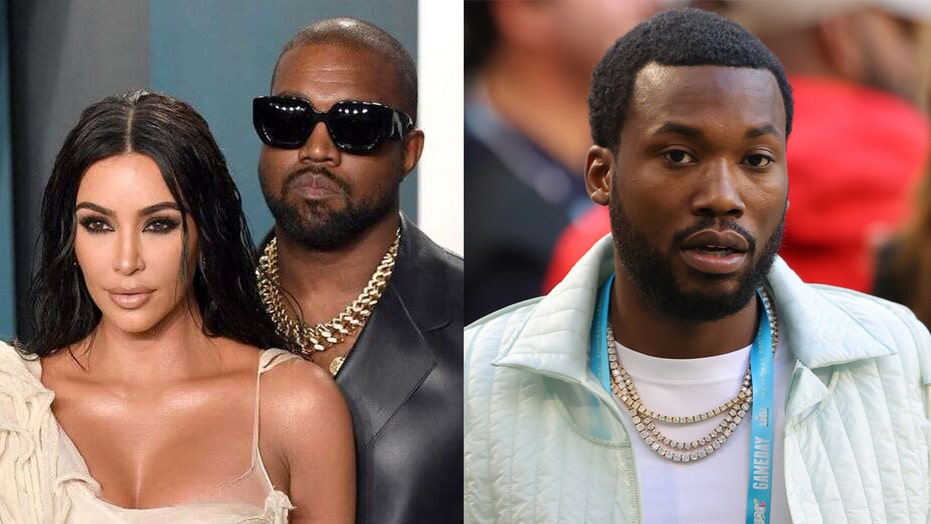 On Wednesday, West, 43, dove into his most recent Twitter storm making several bombshell claims, including that he's been trying to divorce Kardashian, 39, for several years now, per Page Six.

“I been trying to get divorced since Kim met with Meek at the Warldolf [sic.] for ‘prison reform,'” West wrote in a since-deleted tweet, seemingly referencing a 2018 prison reform summit at the luxury hotel attended by his wife and Mill -- whose real name is Robert Rihmeek Williams.

He added: "Meek is my man and was respectful. That’s my dog. Kim was out of line.”

Later in the day, Williams, 33, took to Twitter to seemingly diffuse any rumors.

Kardashian has yet to directly mention any rift between herself and her husband -- including a possible divorce -- but on Sunday, West said at a campaign rally that he'd be "at peace" should Kardashian divorce him.

Kardashian also released a lengthy statement on Wednesday in regard to West's recent statements and behavior.

"As many of you know, Kanye has bi-polar disorder. Anyone who has this or has a loved one in their life who does, knows how incredibly complicated and painful it is to understand," Kardashian's statement, which was shared to Instagram, began.

She noted that she has avoided speaking about this subject publicly out of respect for her kids as well as her husband's right to privacy.

Kim Kardashian and Kanye West. West claimed on Twitter that he's 'been trying to get divorced' since 2018. (Photo by Karwai Tang/Getty Images)

“But today, I feel like I should comment on it because of the stigma and misconceptions about mental health,” she explained. “Those that understand mental illness or even compulsive behavior know that the family is powerless unless the member is a minor. People who are unaware or far removed from this experience can be judgemental and not understand that the individual themselves have to engage in the process of getting help no matter how hard family and friends try.”

The media mogul said she realizes that her husband’s words can carry particular weight and “cause strong opinions and emotions” due to his status as a public figure. However, she said she finds him to be a “brilliant and complicated” person that is simply struggling to deal with his mental illness at times.

“He is a brilliant but complicated person who on top of the pressure of being an artist and a black man, who experienced the painful loss of his mother, and has to deal with the pressure and isolation that is heightened by his bi-polar disorder,” she wrote. “Those who are close with Kanye know his heart and understand his words some times do not align with his intentions.”