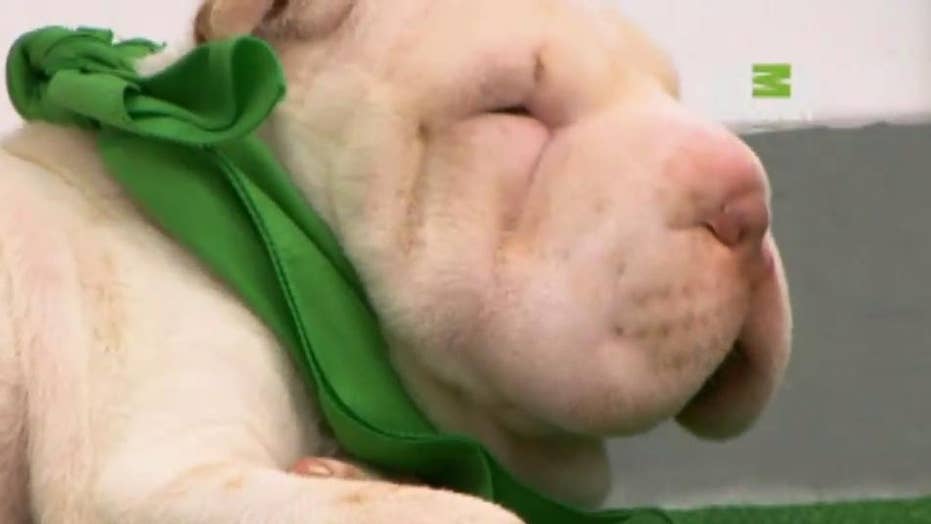 90 adoptable puppies to be featured on 'Puppy Bowl XIV'

The countdown is on to 'Puppy Bowl XIV,' the annual adorableness airing on Animal Planet the same day as Super Bowl LII.

As sports fans gear up for Sunday’s Super Bowl, animal lovers are sure to be tuning in for Animal Planet’s annual Puppy Bowl.

This year a record 90 adoptable puppies will be featured, including rescue dogs from the areas affected by natural disasters in 2017.

Returning “rufferee” Dan Schachner told Fox News, “We have Mango from Mexico; we have Tyler rescued from the flood waters of Hurricane Harvey; we have several puppies from the Miami area…”

The event will also feature dogs from Puerto Rico, like the lovable Coconut.

Animal Planet worked with 48 different shelters and rescue organizations from 25 U.S. states and territories to get this year’s furry contestants.

“We have a 100 percent adoption rate,” Schachner noted. “So every year however many puppies you see participating in Puppy Bow,l they all do get adopted almost right away as soon as the show airs.”

Viewers who fall for a puppy already adopted after the show shouldn’t be discouraged, he said. They can go to Animal Planet's website and connect with the shelter the puppy is from.

“Chances are that dog is part of a litter or they have similar dogs that would also make a good fit for somebody's family or home.”

Meep the Bird, a rescue African Gray Parrot, will be live tweeting updates and highlights during the game – with the help from a human of course.

For feline fans there's the “Kitty Half Time Show” which will feature music from Super Bowl Halftime performer Justin Timberlake.

“It is 20 adoptable cats, all from the ASPCA, who are performing in honor of the great JT doing it at the big game this year: NSYNC’s ‘Bye Bye Bye’ but sung [as] Meow, Meow, Meow.’”

There’s even a spin-off called “Puppy Bowl Presents: The Dog Bowl” the night before featuring 50 adult dogs in need of homes too.

Schachner explained, “Older dogs can often be a great fit too. Myself, I foster dogs, and I find that older dogs are easier. I have a busy household, young kids, and that's what we're trying to let people know. Don't overlook the older dogs that are languishing often in shelters. They might be the right fit for your family."

Schachner is excited to return as “rufferee” for a seventh year, joined this time by Shirley the rescue sloth assisting on the field.

For Schachner it’s all about much more than just the big game.

“Like they say ‘Don't just be merry at Christmas, have it extend throughout the whole year,’ and it's the same idea with Puppy Bowl. We want the love and the thoughtfulness towards these pets that need our help to extend all year long."