Soleil Moon Frye has many reasons to be thankful this year.

For starters, the former child star is starring in the upcoming “Punky Brewster” reboot where she reprises the titular role, but now plays a single mother attempting to get her life back on track. The original sitcom, which focused on a young girl raised by a foster dad (George Gaynes), aired from 1984 until 1988.

The 43-year-old is also appearing in her first Lifetime holiday film titled “Staging Christmas,” a dream role the proud parent had wished for in her career. And through it all, Frye is grateful to have longtime pals like Demi Moore by her side — the same actress who helped deliver all four of her children.

Frye spoke to Fox News about how Moore’s little-known role in real life, why she’s eager to play Punky Brewster again and her favorite memories on set. 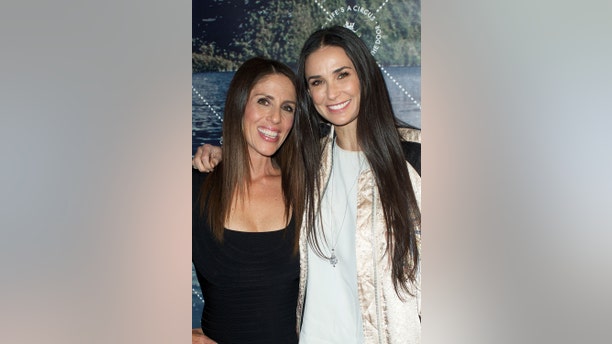 Fox News: Is it true Demi Moore helped delivered your children?
Soleil Moon Frye: Demi is incredible. She helped my four babies come into the world and she is just a miracle worker. She was there with me every step of the way. And she really keeps me so grounded and was so comforting to me throughout those experiences. And I love her from the bottom of my heart.

I mean, literally I always say that Demi must have been the doctor in her past life because she is really miraculous when it comes to bringing babies into the world. It's a little secret, not such a secret now because I keep telling everybody I know. I'm like, "She brought all the babies."... She's amazing.

Fox News: What can audiences expect from the upcoming "Punky Brewster" reboot?
Frye: "Punky Brewster" is so awesome. She is rediscovering her inner child. She is newly single. She's raising her children... and this little girl comes along that reminds her so much of herself. 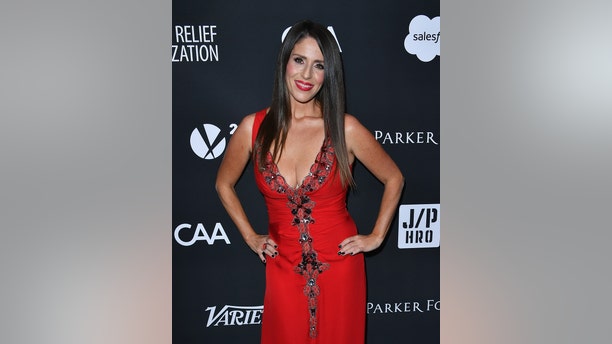 And Freddie Prinze Jr. plays her ex-husband. And yet there's this chemistry still and they still care about each other so much. And so it really has the heart of their original, which I love so much. And there's humor and there's emotion and it just really has so much heart.

Fox News: What’s it been like working with Freddie Prinze Jr.?
Frye: Freddie Prinze Jr. has been a dream. I actually knew his wife [Sarah Michelle Gellar] when I was younger, so it was really fun to see her again. And he's amazing. He was such a gentleman. He was so wonderful to work with. He's so charming, so charismatic and really a wonderful actor. And he's so funny in this. I can't wait for people to see it. 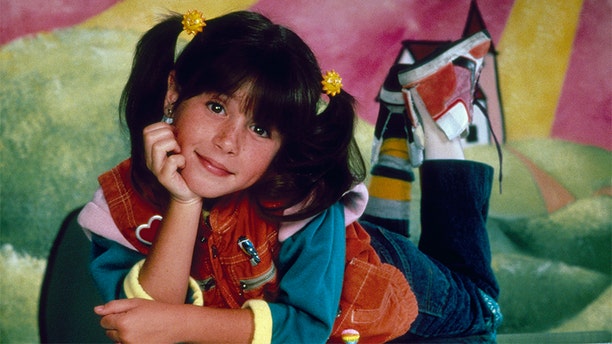 Fox News: It’s been over 30 years since "Punky Brewster" ended. What made you say yes to a reboot?
Frye: It’s been 30 years? What are you talking about? *laughs* It's been a long time, but you know, "Punky" resonated so much with people and was such a part of people's hearts. And when people would share their stories of growing up in a single household with a single parent, or adoption, foster families, people would come and share their stories and be so pure of heart.

And it has always touched me so much... Fans feel like Punky is their family. And I feel the same way. You know, as a little girl, I didn't know where she ended and I began. She's such a big part of my heart. So I had always wanted to do it. And to be able to maintain the integrity of the original — I don't take that lightly. I know that that's a real responsibility because the original dealt with such important topics in such an authentic way. And I'm so proud that the reboot is doing that.

Fox News: Will any of the original cast members be back?
Frye: Cherie Johnson is still my bestie on the show and still a bestie in life. I mean she is so fantastic and it was so special reuniting after 20 years. I hadn't seen her and it was so much fun to see her again. We really were having so much fun. We were going every day, "This is a dream come true. Like we're living our dream.” 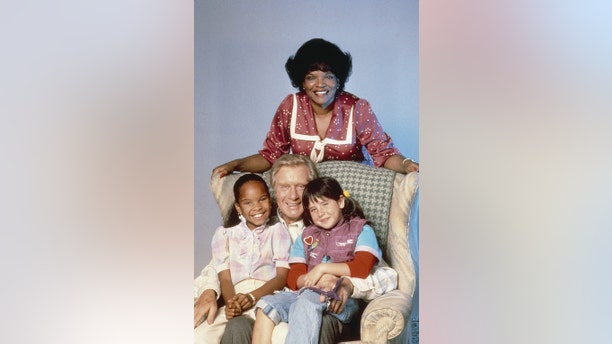 Fox News: What’s one memory of filming "Punky Brewster" that still makes you smile?
Frye: There are so many joyful moments. I have such an appreciation for George Gaynes... and the kindness that he showed me as a little girl. So my memories are painted with hundreds of amazing moments between us. Andy Gibb, I was so in love with and crazy about him. And I love seeing the episode where he's playing the piano and I'm gazing at him because... I see myself, falling in love, I mean falling, crushed out because he was much older than me. But I just was like, "Oh he's so dreamy.”

The episode that dealt with the Challenger was so close to my heart. I desperately wanted to be an astronaut growing up and still do. So keeping that dream. But that was so important to me because that was something that where it felt so real to us and they would take these things that we were going through in our everyday lives and then do episodes around them. So having Buzz Aldrin there, it was very special and monumental to me.

Cherie getting stuck in the refrigerator is an epic episode. And then to hear how many people actually were able to do CPR on family members and things like that. And just to hear the stories with Punky, it was so much more than a show. It was really impactful on people's lives. And so my hope is that we get to do the same again, all over again. 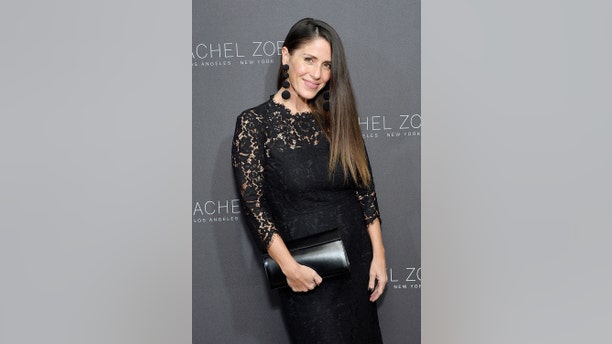 Fox News: How did you survive the so-called child star curse?
Frye: You know, I always say for every a child actor who has gone through so much, there are so many that have made it through the other side. And I lost some dear friends who were actors. And so I understand that there are trials and tribulations, but then there's so many of us who also have had really full incredible lives. And I think that so often in the media we cover the tragic stories and not the positive stories. And so for every one story that's tragic, I could tell you 10 that are really miraculous.

And that's not to say that we haven't had our ups and downs and that we've gone through our roller coasters of insecurity and all of that. And you certainly have your scars. But with that said, we've made it and we've made incredible lives for ourselves and our families. I think about my girlfriend, Melissa Joan Hart and other kids that I've grown up with that are sitting around a family meal interacting and just loving on each other and having a great time and that is what I get to witness on an ongoing basis. So as much as there are very sad stories, there are also really beautiful stories.

Fox News: What’s your relationship like with Melissa Joan Hart today?
Frye: Oh, Melissa's amazing. I mean she's one of my very dear friends. It was awesome. She came and stayed with me a few weeks ago when she was in LA. And it's a really authentic friendship and she's a very dear friend. And her kids are amazing and our kids all get along. 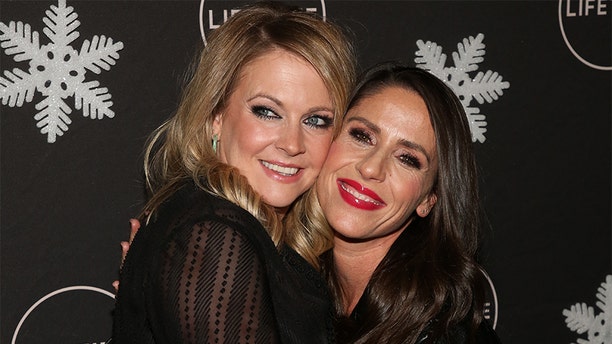 Fox News: Tell us about your new film "Staging Christmas."
Frye: "Staging Christmas" is my first Christmas movie, which I am so excited about. And it's a love story. It's got the holiday spirit, it's got that magical Christmas glow and it's such a sweet story and it's been such a fun experience… Literally on my list of things that I wanted to do was like Christmas movie for Lifetime. And it was really a dream come true. 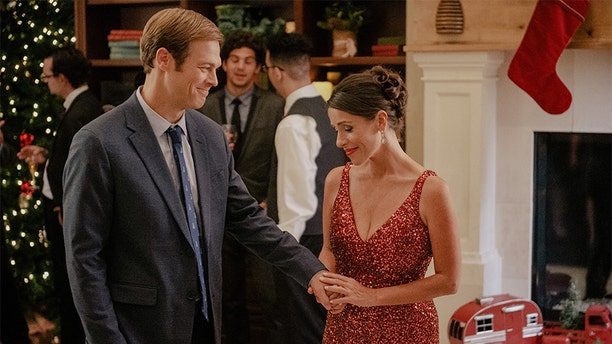 Fox News: How important has it been for you at this point in your career to create family-friendly programming?
Frye: You know, my kids and I are very, very close and we love to watch movies together. So I'm really excited to be able to watch this with them. And we love having time together, eating popcorn, eating candy, like just enjoying our time, going to the movies, watching movies at home. So to be able to do a movie that the whole family can enjoy is awesome.