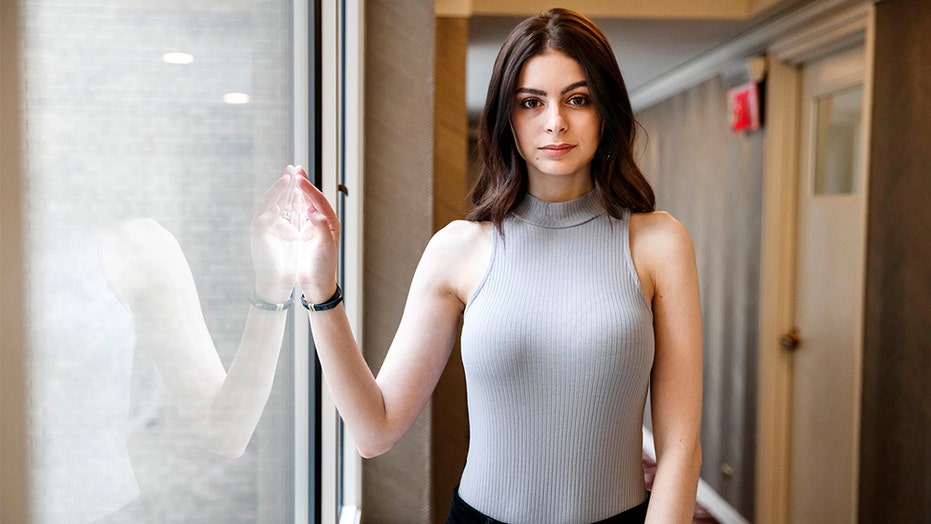 Model Elizabeth Pipko tells Fox News what happened when she revealed her support of President Trump.

Elizabeth Pipko has returned to modeling for the first time since gracing the cover of L’Officiel more than a year ago.

The 24-year-old, who appears in the pages of QP Mag's latest issue, spoke with Fox News about the long break between her gigs.

“After I ‘came out’ [in support of President Trump] I noticed most of my modeling contacts quickly turn their backs on me," she told us. "It’s super similar to Hollywood in that sense, so I was prepared for it.”

Still, Pipko was ecstatic about working with people who weren't afraid of her conservative political views.

“I’m really excited that someone was able to put political views aside and see me as someone who is much more than just what the media wants people to think a conservative woman can be," she said of the fashion magazine.

Pipko became a professional model at just 17 and stuck with it for four years.

In January of this year, Pipko revealed on "Fox & Friends" that she supports Trump, saying she "couldn't tell anyone" about her alignment for fear of it derailing her career and adding that she had worked full time on Trump's 2016 campaign.

"I think it was just time for me to defend myself, my choice for supporting the president, defend all the millions of Americans who also support him as well as defend the president because I don't think enough people are doing that," Pipko said in announcing her support.

"[Trump] made me feel I had a voice and I was appreciated by someone and I never felt that way in politics before," she said. "I just thought it was time I got involved and showed other young people that it was important for our country and for our future."

MODEL HID TRUMP SUPPORT OUT OF FEAR IT WOULD KILL HER CAREER: 'I COULDN'T TELL ANYONE'

Now, Pipko has transitioned away from modeling and into political activism, having founded The Exodus Movement, an organization that encourages Jews to abandon the Democratic Party

"[The Exodus Movement is] hoping to inspire Jews, and I think all people actually, to vote with their conscience and their beliefs and not with any fears whatsoever," Pipko told Fox News. "I think the further the Democrats shift to the left, the harder it is for any religious person, I think, to align with them."

She also said she believes that Democrats fail to condemn anti-Semitism and promote the idea that having any religious affiliation is wrong.

Elizabeth Pipko, 24, left the world of modeling in favor of activism after announcing support for President Trump. (Photos by Nayo Martinez For QP Mag)

In addition to working with The Exodus Movement, Pipko is working to inspire young women around the globe.

“This is about showing young girls that they can do anything they want to do," she said. "From modeling to politics and everything in between."