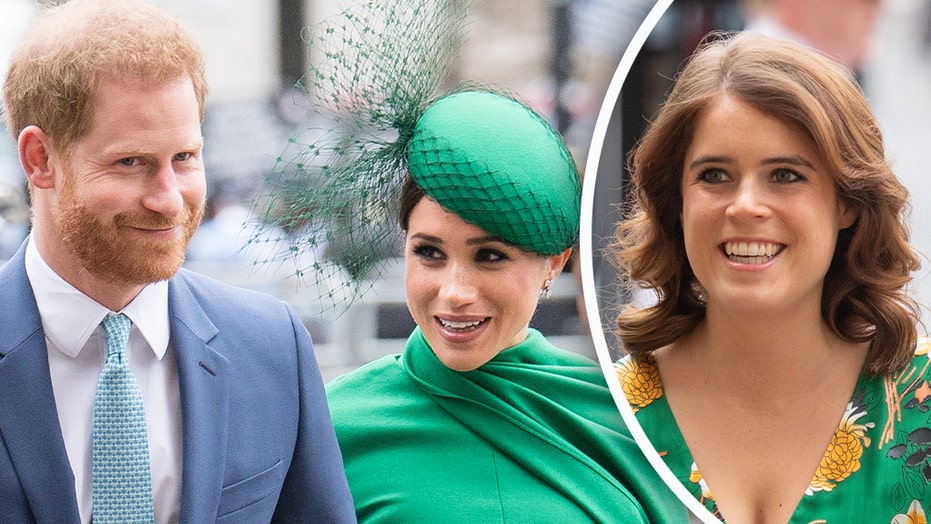 "Finding Freedom: Harry and Meghan and the Making of a Modern Royal Family," written by Omid Scobie and Carolyn Durand, follows the romance between Markle, 39, and Harry, 35, from their first meeting to their historic "Megxit" announcement, in which they "stepped back" as senior members of the royal family.

In the book, it's revealed that the pair allegedly told the royal family that they were expecting a child at the October 2018 wedding of Harry's 30-year-old cousin Eugenie to Jack Brooksbank.

"It did not go down particularly well with Eugenie, who, a source said, told friends she felt the couple should have waited to share the news," the book said, according to People magazine.

Prince Harry and Meghan Markle (right) are reported to have shared the news of Markle's pregnancy as the wedding of Princess Eugenie (left). (Getty)

The pregnancy was publicly announced just a few days later on social media.

Harry and the Princess have always been close, the book explained.

"Eugenie had always been more than just a cousin to Harry. They were also the closest of friends," it read. "Out of all the Queen's grandchildren, Harry and Eugenie have one of the most natural connections. Like Harry, Eugenie is loyal, honest, and great fun. The two had many nights out together in London."

Representatives for the royal family did not immediately respond to Fox News' request for comment.

Prince Harry and Princess Eugenie are said to be very close. (Photo by Max Mumby/Indigo/Getty Images)

According to the book, Harry "confided" in Eugenie about the women in his life.

"Not only did he trust her implicitly, but friends say that she gives great advice and has always been 'beyond wise' for her years," the authors added.

According to the outlet, Scobie recently visited "Good Morning America," where he explained that he spoke with 100 people to craft the book, which is derived from interviews with "those who know Harry and Meghan best, close friends and even Buckingham Palace aides."

In a statement obtained by People, a rep for Harry and Meghan said that they had no part in the book, which Scobie reiterated on television.