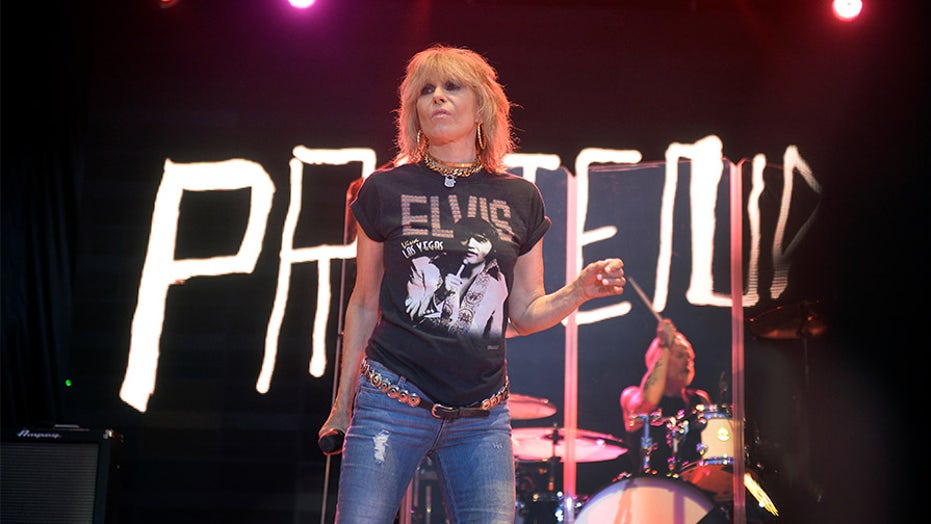 Chrissie Hynde, the lead singer of the rock band The Pretenders, gave a surprising message to President Trump on Monday, saying her father “would have been so delighted” to hear that the president honored the controversial conservative radio icon Rush Limbaugh with the Presidential Medal of Freedom, the nation’s highest civilian honor.

Limbaugh received the honor during Trump’s State of the Union address earlier this month, after the syndicated radio host announced he was battling “advanced lung cancer.”

Many fans of Limbaugh have been accustomed to hearing the Pretenders tune “My City Was Gone” on his program.

Hynde, 68, wrote an open letter to the president on Twitter while protesting calls to extradite WikiLeaks founder Julian Assange to the United States. Hynde explained that it was her father’s adoration of Limbaugh that prompted her to let the show keep on using her hit record.

“An open Letter to  @realDonaldTrump, President of the United States. Dear Mr. President, I often think of how much my father, Melville “Bud” Hynde, who proudly served his country as a Marine on Guadalcanal, would have enjoyed your Presidency. [p1.]” Hynde wrote in a series of numbered tweets.

“The other day when you gave that award to Rush Limbaugh, my father would have been so delighted,” she explained. “He loved listening to Rush, which is why I allowed my song, 'My City Was Gone', to be used on his radio show. My father and I didn't always see eye-to-eye. We argued a lot [p2.]”

Hynde continued: “But isn’t that the American way? The right to disagree without having your head chopped off? Soon, I will be participating in a protest in London against the extradition of Julian Assange. I know my father would be mortified, but I feel strongly enough to do [p3.].”

“What I believe is the right thing; to protest further punishment of a man who sought to defend Freedom, albeit in a way you rightly disagree with. I know Mr. Assange broke the law (as i have done defending the treatment of animals) but I believe [p4.] he has been duly punished and should now be set free. Please consider my plea. Yours truly, Chrissie Hynde of @ThePretendersHQ (@MrsC_Assange),” Hynde added. 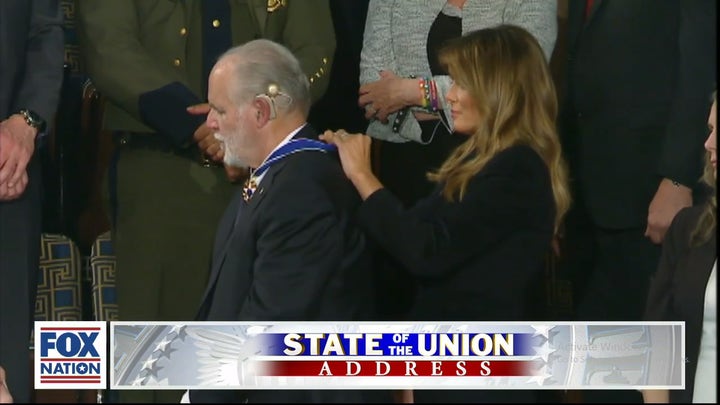 Hynde’s message was immediately met with both criticism and praise as the singer-songwriter has been outspoken about some conservative beliefs in the past.

“Your approach is civil and respectful. We need more dialogue like that. Both sides could learn from this approach,”  one Twitter user wrote. Another commenter echoed the sentiment, calling Hynde “an honest, self-honest, truly tolerant liberal,” adding, “people such as you are hard to find – you are precious. God bless.”

WHAT THE CAST OF 'THE BREAKFAST CLUB' LOOKS LIKE NOW

Others said they were “disappointed” with Hynde extending a proverbial olive branch to the president.

“I always wondered how he got permission to use your song,” one commenter wrote. “It’s ok to love your dad yet not endorse his worldview, Chrissie.”

After Trump announced Limbaugh would receive the award, the president himself faced criticism and praise for bestowing the high honor upon the right-wing radio maven – an honor that’s been given to the likes of Rosa Parks, Jackie Robinson and Mother Teresa as well.

First lady Melania Trump presented the medal to a visibly-stunned and emotional Limbaugh and placed the award on him.