Sen. Doug Jones, D-Ala., called for the publisher of a small newspaper to resign after running a column calling for the Klan to ride again. (AP)

An Alabama press group on Tuesday voted to censure the editor of a small Alabama newspaper who wrote the infamous editorial last week calling on the Ku Klux Klan to “night ride again” and “clean out D.C.”

The Alabama Press Association’s Board of Directors agreed to censure Goodloe Sutton, the editor and publisher at the 3,000-circulation Democrat-Reporter, following controversy over the column.

SEN. DOUG JONES CALLS ON SMALL ALABAMA NEWSPAPER EDITOR TO RESIGN AFTER EDITORIAL CALLING FOR KKK TO ‘CLEAN OUT DC’

The group told Al.Com that The Democrat-Reporter’s membership has been suspended. Sutton be allowed to address the press group during the next meeting.

The censure comes amid a backlash to the editorial titled “Klan Needs to Ride Again” that called out Democrats and Republicans who are “plotting to raise taxes in Alabama.”

Alabama Sen. Doug Jones condemned the editorial, calling it “absolutely disgusting” and urged Sutton to resign from his position.

“OMG! What rock did this guy crawl out from under? This editorial is absolutely disgusting & he should resign -NOW!,” Jones wrote in a tweet. “I have seen what happens when we stand by while people-especially those with influence- publish racist, hateful views.”

Sutton doubled-down on his language in the column in an interview with a local outlet. “We’ll get the hemp ropes out, loop them over a tall limb and hang all of them,” he told The Montgomery Advertiser, adding that this column is directed at “socialist-communists.”

The publisher also denied that the KKK was a racist organization, saying the “Klan wasn’t violent until they needed to be.”

“A violent organization? Well, they didn't kill but a few people," he told the newspaper.

Multiple other organizations have also distanced from Sutton, with Auburn University’s Journalism Advisory Council revoking his journalism award and the University of Southern Mississippi removing him from its Hall of Fame, AL.com reported. 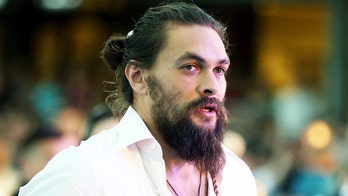