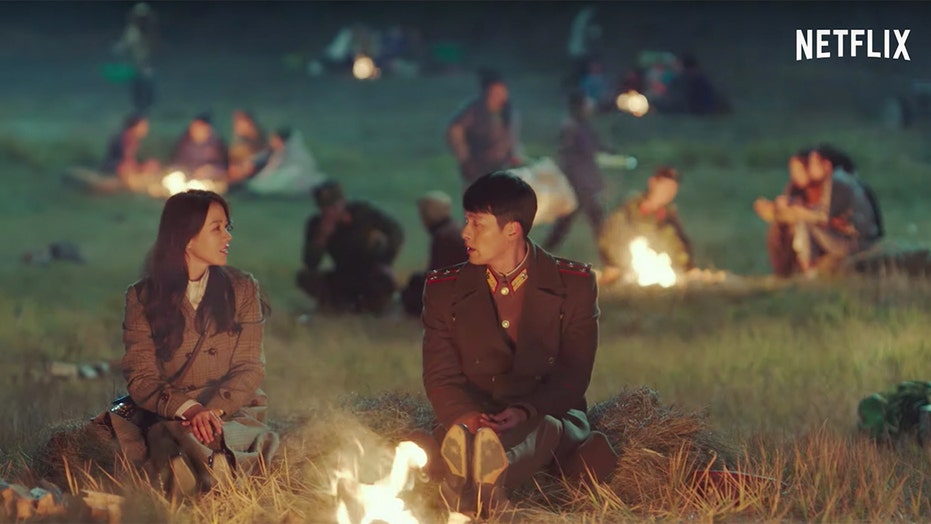 A Korean drama on Netflix just wrapped up a smash season humanizing their neighbors to the North, but it provided a lot of risks for those involved producing it, as the two countries are technically still at war.

The final episode of the hit drama "Crash Landing on You" had the highest viewership ratings in cable network tvN's history, according to Nielsen Korea. The show portrays everyday life in North Korea, including accents, certain terms and lingo. And while at the beginning of the shooting producers were told North Korean leader Kim Jong Un couldn't be referred to as "chairman," that ended up changing over time as they decided to push some boundaries, according to props manager Joo Dong-man.

The romantic comedy depicts cross-border love between a beautiful South Korean heiress, played by Son Ye-jin, who accidentally paraglides into North Korea and literally falls in love with a handsome North Korean soldier from the top military family played by Hyun Bin.

“I thought about how nice it would’ve been to film in Pyongyang,” Joo paused, telling The Associated Press. “Well, the time will come one day.”

The timing of the show is also a reflection of how tensions have eased on the peninsula, where fears of war in 2017 were replaced by historic diplomatic events and a series of summits between President Trump, Un, and South Korea President Moon Jae-in — though the process is now stalled.

FROM 'ROCKETMAN' TO 'DOTARD,' TRUMP AND NORTH KOREA'S HISTORY OF TRADING INSULTS

"The series wouldn't even have been planned and produced under heightened tensions," Yun Suk-jin, a professor at Chungnam National University, told Straits Times. "It changed the stereotypes on North Korea and candidly showed that it too is a place where people live."

The 16-part series also reflects the desire by citizens of both nations to once again unite in some form, as contact across the demilitarized zone is currently off-limits, but North Korean defectors in the South praised it for its accurate portrayal.

Throughout the series, which began airing Dec. 14, 2019, the names of three members of the North Korea's ruling family dynasty – Kim Il Sung, Kim Jong Il, and Kim Jong Un – were banned, as were their faces, which are practically illegal in the South.

Kang Na-ra, a YouTuber who defected in 2014, provided real-life depictions of life above the 38th parallel, like kimchi-making sessions in rural areas and a popular makeup style.

"To be honest, we always showed poor and famished scenes when it comes to North Korea,” Kang said. “But I really like this drama because it shows that North Korea is also a place with people, and they know how to share despite the scarcity."