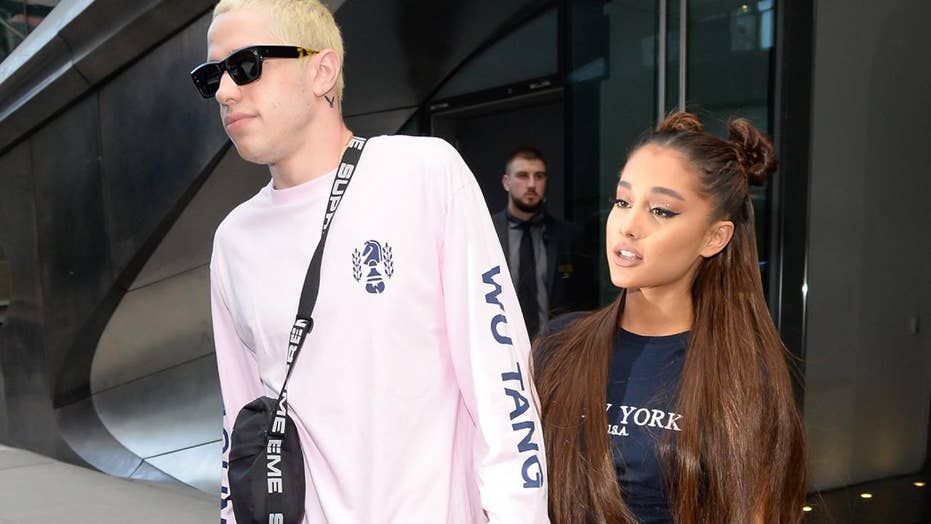 Pete Davidson finally broke his silence on his recent split from pop star Ariana Grande. The star appeared Saturday night at a comedy show where he tried to make light of his heartbreak.

The duo broke off their engagement a week ago. The couple reportedly decided that this wasn’t the right time for their relationship to take off in a significant way, but have said they still have love for each other and aren’t ruling out the possibility of re-igniting their relationship at some point in the future.

However, Davidson’s tone seemed significantly less hopeful than that on stage.

"Well, as you could tell, I don't want to be here. There's a lot going on," Davidson told the crowd gathered at Largo at the Coronet, according to E! News. "Does anybody have any open rooms? Looking for a roommate?"

Davidson and Grande acquired a $16 million apartment together in New York City, but it seems like he’s now staying with family following the breakup.

Grande has been sporting a band-aid to cover the tattoo she got of Davidson, but he discussed the ink he got for her head on for the first time on stage.

He continued: "So, obviously you know I, we [Ariana and I] broke up or whatever but when me and her first got engaged we got tattoos. And it was like in a magazine like, 'Was Pete Davidson stupid?' And 93% of it said yes," Davidson told the audience. "So my boy, he was like, 'Don't listen to that s--t man. They're literally f--king haters.' And I'm like, yeah, f--k that. I'm not stupid. And the other day we were in my kitchen and he was like, 'Yo bro. Turns out you were stupid.'"

Later in the show, Apatow reportedly praised Davidson for coming out to the show at all, to which he joked that his name being on the flyer obligated him to show up.

“I care more about America than your feelings, I do,” Apatow joked.

“I feel like I am America,” Davidson retorted. “I’m a good guy that just keeps getting kicked in the d---. You’re like, ‘Ah, that f---ing poor kid. Hope he doesn’t kill himself.’ That’s America.”

Davidson previously canceled a planned show at Temple University after the breakup, making the Largo show his first appearance since the split. Grande, on the other hand, stepped out earlier this week for a taping of “A Very Wicked Halloween,” a concert special celebrating the Broadway hit “Wicked.”