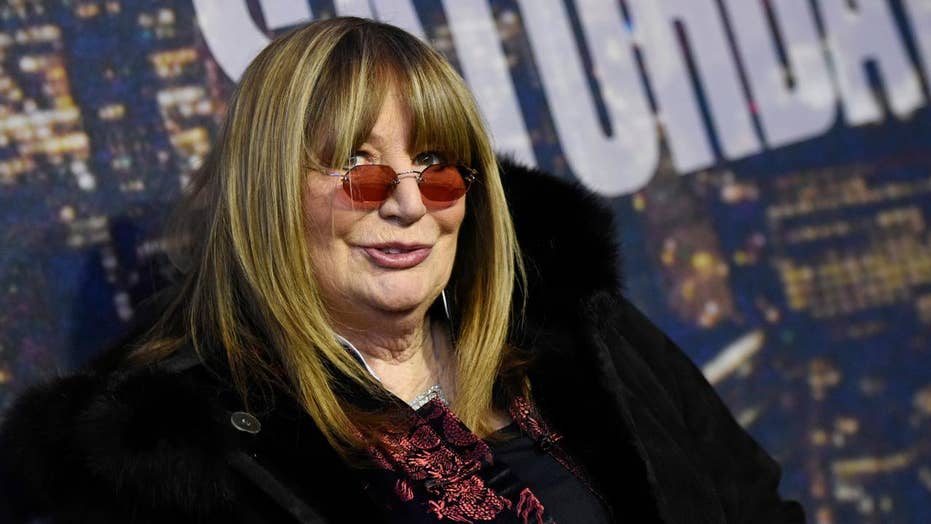 Penny Marshall, who costarred in the top-rated 1970s and ’80s sitcom “Laverne and Shirley” before becoming a director of hit movies such as “Big” and “A League of their Own,” died peacefully on Monday night in her Hollywood Hills home due to complications from diabetes.

Penny Marshall — best known for TV's "Laverne & Shirley" and director of hits such as "Big" and "A League of their Own" — is being remembered for her charming and hilarious personality.

Video clips and images from various shows Marshall worked on flooded social media Tuesday after news of the actress' death at the age of 75 broke. Marshall died Monday in her Los Angeles home from complications due to diabetes.

Marshall, who was born in the Bronx, New York, grew up in an artistic home. Her mother was a tap dance teacher and father a film director, according to IMDB. She appeared in several hit 1970s shows such as "The Odd Couple" and "Happy Days," TMZ reported. But "Laverne & Shirley" was, of course, one of her biggest hits — an iconic duo the world will forever remember.

In "Laverne & Shirley," among television's biggest hits for much of its eight-season run between 1976-1983, the nasal-voiced, Bronx-born Marshall starred as Laverne DeFazio alongside Cindy Williams as a pair of blue-collar roommates toiling on the assembly line of a Milwaukee brewery.

"As an actress, her work on 'Laverne & Shirley' broke ground featuring blue-collar women entertaining America in prime time," her family told the entertainment site. "She was a comedic natural with a photographic memory and an instinct for slapstick."

"We hope her life continues to inspire other to spend time with family, work hard and make of their dreams come true."

"We hope her life continues to inspire other to spend time with family, work hard and make of their dreams come true," Marshall's family added.

David Lander, known for his portrayal of Squiggy on "Laverne & Shirley," told Fox News Tuesday that "a comment can't sum up her life."

"Penny will be missed," he added.

Michael McKean, who played the neighbor Lenny Kosnowski on "Laverne & Shirley," was also at a loss for words.

Marshall's 1988 hit comedy "Big," starring Tom Hanks, was about a 12-year-old boy who wakes up in the body of a 30-year-old New York City man. The film, which earned Hanks an Oscar nomination, grossed $151 million worldwide, or about $320 million accounting for inflation.

Hanks bid farewell to his spunky director in a tweet Tuesday night.

"Goodbye, Penny. Man, did we laugh a lot! Wish we still could. Love you. Hanx," Hanks tweeted.

"Penny was as courageous as she was talented, and broke down the wall for women directors," Anson Williams told Fox News in a statement. "Penny will be missed, but her talent and inspiration is evergreen."

"Our dear sweet Penny has gone up to see Garry. So, there will no doubt be happier days in heaven, just as they made every day happy for us here on earth," Marion Ross added.

Don Most remembered how Marshall was "a very funny, gifted and deceptively smart woman."  "There will be a lot more laughs up in heaven.  RIP Penny."

Fans of Marshall shared their favorite memories of the star, including some of her most famous pieces of work.

"My heart is heavy to learn of the passing of Penny Marshall. TV legend!!! I grew up watching 'Laverne & Shirley', like so many," TV personality Perez Hilton wrote, in part.

"Oh, this is sad. RIP Penny Marshall. A tenacious director of some big hits who fought for her place in the industry. And forever Laverne," Vulture writer Mark Harris tweeted.

"Big taight (sic) me about being both big and small, both an adult and a child. ALOTO taught me bravery and the vakue of a team. Thanks for the laughs and tears, Penny," he wrote.

"Penny Marshall left such an amazing mark on my childhood. BIG, A League of their Own, on and on!! This news hurts.. Huge love to the family and legacy forever," Daniel Newman of "The Walking Dead" tweeted.

"The Big Bang Theory" star Mayim Bialik said she grew up wanting to be as funny as Marshall, adding the pair even met a handful of times.

"Watch some old Laverne and Shirley to see why her brother Garry insisted on casting her. Comedy gold, she was," Bialik said.

Others shared clips of "A League of their Own," the 1992 comedy Marshall directed about the women's professional baseball league begun during World War II, starring Hanks, Geena Davis, Madonna and Rosie O'Donnell.

Here are more reactions from adoring fans — some whom knew Marshall personally.