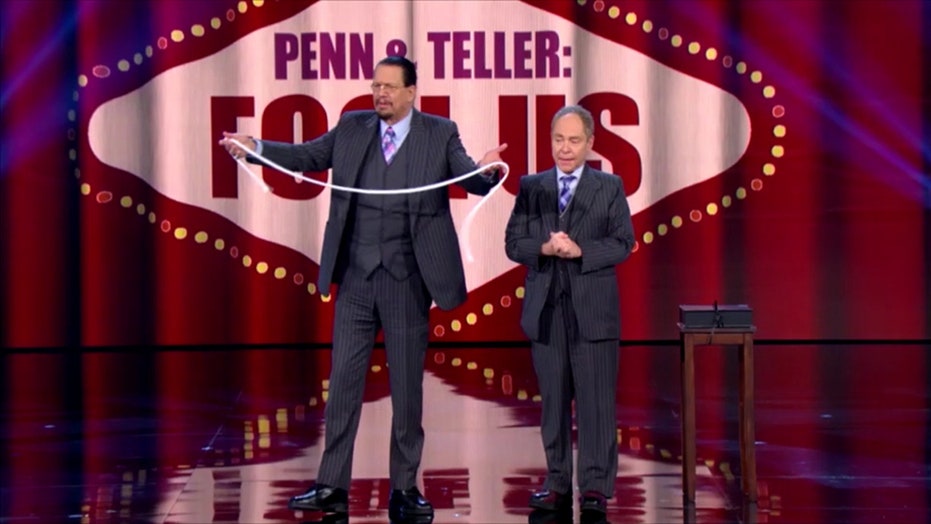 While the iconic Las Vegas Strip reopened in June, the doors remain closed to some of the world’s greatest live entertainment as Nevada works to curb the rise in coronavirus cases.

“Vegas without entertainment is jack s--t,” Jillette told Fox News. “It has to come back in some form and smart people are thinking of it.”

While the iconic Las Vegas Strip reopened in June, the doors remain closed to some of the world’s greatest shows as Nevada works to curb the rise in coronavirus cases.

And although no one wants to get back onstage more than Penn & Teller, the duo is also in no rush -- stressing the importance of reopening safely.

“This is the longest I’ve gone without doing this show for a live audience in 53 years,” Jillette said. “We all want this virus to be over. We all want the world to go back. We all want the economy to be great. But wanting and grabbing are two different things. My pathological desire to be onstage does not trump my desire to do everything I can to keep people safe.”

While the Las Vegas Strip is open, the shows remain closed.  (Penn & Teller)

It’s unclear when live entertainment and shows will be allowed to welcome guests back, especially as COVID-19 cases and deaths rise. Nevada Gov. Steve Sisolak recently scaled back the state’s reopening plan and ordered bars that don’t serve food to close indefinitely.

The state has also been listed as a “red zone” in an internal document prepared by the nonprofit Center for Public Integrity for the White House Coronavirus task force, according to the Review-Journal.

PFIZER TO GET $2B FOR CORONAVIRUS VACCINE UNDER 'OPERATION WARP SPEED'

In the meantime, shows are making adjustments and preparing for when they can start performing again.

"We will be implementing social distancing practices upon entry and exit,” said Eric Grilly, Cirque Du Soleil resident shows division senior vice president. “All seating areas, countertops, bathrooms, commonly touched objects will be sprayed with electrostatic sprayer using CDC [Centers for Disease Control and Prevention] sanitizer prior to the entry of each audience.”

Cirque du Soleil has been performing on the strip for nearly three decades. While the company doesn’t expect to be back on stage before 2021, it’s not ruling out the possibility.

“It’s really, really important to us that we can ensure that we have a healthy and safe environment for our employees and for our guests. So, if we believe that we can accomplish that objective, you know, before 2021 then we will certainly look to open the shows,” Grill told Fox News, adding that “market conditions need to be favorable. We need at least 50 percent of the theater to be open for us to be able to sell to have a viable show.”

Cirque du Soleil currently has six shows performing on the Strip, as well as the Blue Man Group.

Interaction with fans will also be limited.

“We meet every audience member, shake their hand then pose for pictures with them. I love that. I live for that. It was my lifeblood. But we want to keep people safe. That will go away, I believe,” Jillette said.

When thinking about how shows were before the pandemic, Jillette says he gets a “chill.”

“When I see clips of me running up and hugging people and shaking hands with everybody, and I see me laughing and joyously celebrating this far from someone’s face who’s traveled halfway around the world when I see a pan of the audience laughing their a--es off and screaming and applauding, I get a chill,” Jillette said. “A different kind of chill I’ve never gotten before from that. I don’t know if that goes away.”

The absence of live entertainment is also contributing to Nevada’s historic unemployment rates and financial instability in a state that has been crippled economically by the pandemic.

“I think entertainment is really the core of Las Vegas,” said Dave Schwartz, gaming historian and professor at the University of Nevada, Las Vegas. “Financially for the city on the strip, the Gaming Control Board lumps entertainment and shopping together and that last year was about 14 percent of the total revenue for Las Vegas strip casinos.”

But Schwartz added that the actual impact goes “way beyond the box office,” as live entertainment draws tourists to the city to spend the night at a casino, go out to restaurants and gamble.

The tourism and hospitality industry made up one-fifth of Southern Nevada’s gross domestic product (GDP), or roughly 18.4 percent, in 2017. Tourism generates roughly $58 billion annually for Southern Nevada and supplies nearly 370,000 jobs, representing about 40 percent of employment in Clark County, according to the Las Vegas Convention and Visitors Authority (LVCVA). 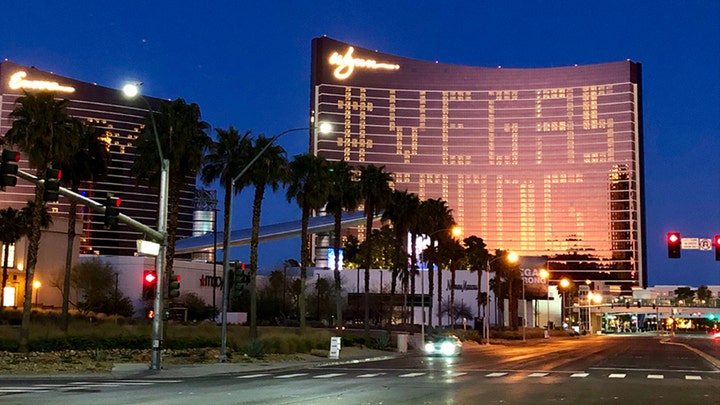 Cirque du Soleil filed for bankruptcy protection in June and laid off nearly 3,500 employees who were temporarily furloughed in March. However, the casts and crews are still on temporarily furlough, allowing the company to make a quick return to the stage when the time comes. The company has reached a deal with its lenders, according to a report, and is currently navigating its restructuring.

Jillette recognizes the economic toll the absence of live entertainment is having on the Strip but said the narrative of having to choose either health or the economy is not true.

Like Cirque du Soleil, Jillette hasn’t ruled out a return before 2021 if Sisolak were to give the green light, but errs on the side of caution and sees a more realistic time frame of next year as scientists rush to make a vaccine.

“I would always be hesitant. It’s people’s lives we’re talking about. I would certainly not give a categorical no, That would be hubris -- it’s hubris on either side,” Jillette said. “But, I’ll be making a tremendous number of phone calls.”

While it’s unclear when the stage curtains will be drawn or the noise of people shuffling into their seats once again fills the theaters, there is no doubt the shows will go on in Vegas.