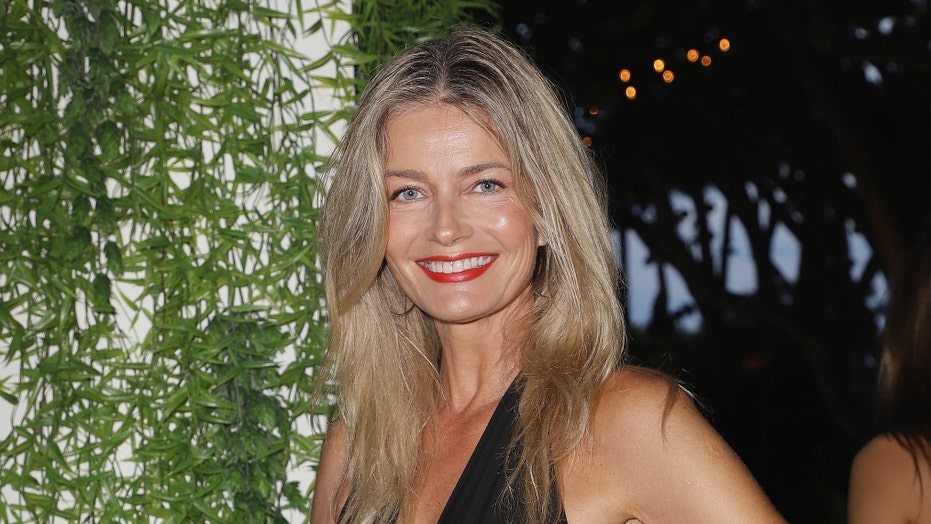 Paulina Porizkova is taking mask-wearing to a whole new level.

The 56-year-old supermodel posed topless on social media with her friend and actress Liz Carey. They strategically covered their breasts with mask emojis while donning bikini bottoms.

"We’re told we need to wear masks again. So @thelizcarey and I are obliging," Porizkova cheekily captioned the pic referencing the new mask mandate in Los Angeles.

Los Angeles County reinstated its indoor mask mandate this weekend as confirmed cases of the Delta COVID-19 variant are on the rise. The mask mandate went into effect at 11:59 pm local time on Saturday.

PAULINA PORIZKOVA ON DEALING WITH SOCIAL MEDIA TROLLS: 'IT’S NOT THE MEN THAT ARE THE WORST CRITICS'

"My friends (and family) are my true riches. They laugh and cry with me, they feed me and water me, physically and spiritually," she added. "And allow for both sides to "bare" their souls. And yes, bodies. Thank you @thelizcarey for the photos and the fun and the food!"

The former Sports Illustrated Swimsuit star just announced that she and screenwriter Aaron Sorkin have called it quits on their relationship.

The 56-year-old supermodel posed topless on social media with her friend and actress Liz Carey. (Photo by John Parra/Getty Images for Sports Illustrated via Getty Images)

On Tuesday, she shared a photo of her and Sorkin walking together and smiling. However, she included a broken heart emoji over the snap. In a lengthy caption accompanying the image, Porizkova explained that the duo has officially broken up.

"I’m so grateful for his presence in my life. He helped heal me and reclaim myself. There truly may be no better man, no man who’s more genuinely ‘good,’" she began. "He’s brilliant and witty and funny and sexy. But it doesn’t matter how much we may wish we were birds of a feather - we’re still a duck and a goose."

She went on to thank The Daily Mail for the "slightly goofy paparazzi shot" that she used to confirm that they were no longer together. She concluded her post by asking for privacy, not for her sake, but for his.

The former Sports Illustrated Swimsuit star just announced that she and screenwriter Aaron Sorkin have called it quits on their relationship.  (Photo by Chris Pizzello-Pool/Getty Images)

"As unfiltered as I usually am, this involves someone else’s privacy- so this is all I’ll ever say on the subject," Porizkova wrote.

The post about their breakup comes just a few months after they made their red carpet debut at the 93rd Academy Awards.

Porizkova was once married to The Cars’ lead singer Ric Ocasek, who died on Sept. 15, 2019, at the age of 75. The couple had announced their split a year prior but did not get to finalize their divorce.