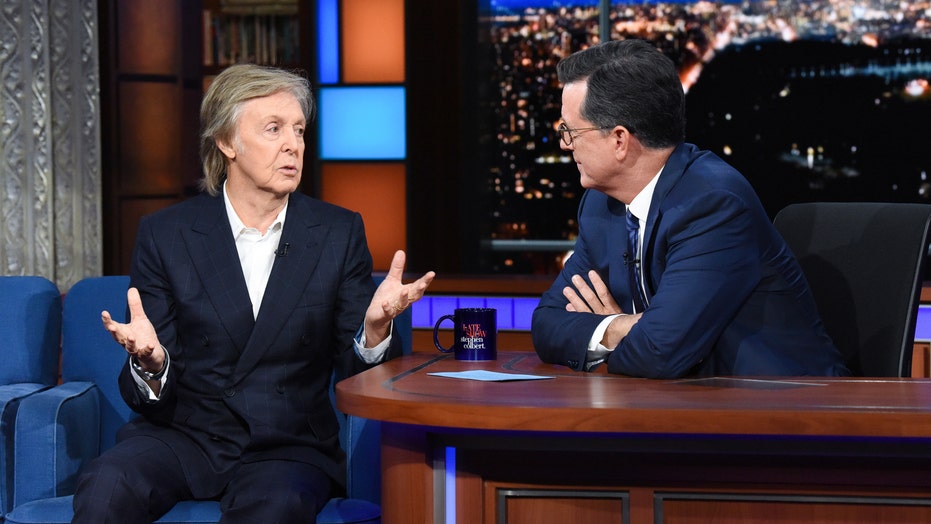 Paul McCartney and John Lennon had a friendship that spanned decades and, perhaps not surprisingly, McCartney revealed he often "dreams" about his late Beatles bandmate.

The 77-year-old music icon told Stephen Colbert on Monday night's episode of "The Late Show" that he still feels close to Lennon, even after his death almost 40 years go.

"The thing is, you know, when you've had a relationship like that for so long and it's such a deep relationship — you know, I love it when people revisit you in your dreams. I often have band dreams, and they're crazy," McCartney admitted.

"No, I had a lot of dreams about John, and they're always good," he continued, describing one where he's with Lennon and they're trying to play music together but McCartney's guitar is covered in sticky tape.

McCartney even admitted he writes songs in his dreams including The Beatles' hit "Yesterday." He said the tune was in his head after waking up one morning — and the rest is history.

But not every memory McCartney has of Lennon is rosy. He confessed that when the band broke up, he was reading stories that portrayed him as the villain.

"When The Beatles broke up, a lot of the talk was that, like, I was the villain and that John and I didn't really get on well," McCartney recalled. "It was a lot of down talk about it because, you know, everyone was sad The Beatles are broken up, and I kind of bought into it."

But they remained close friends for many years until Lennon was shot and killed outside his New York City apartment building in 1980.