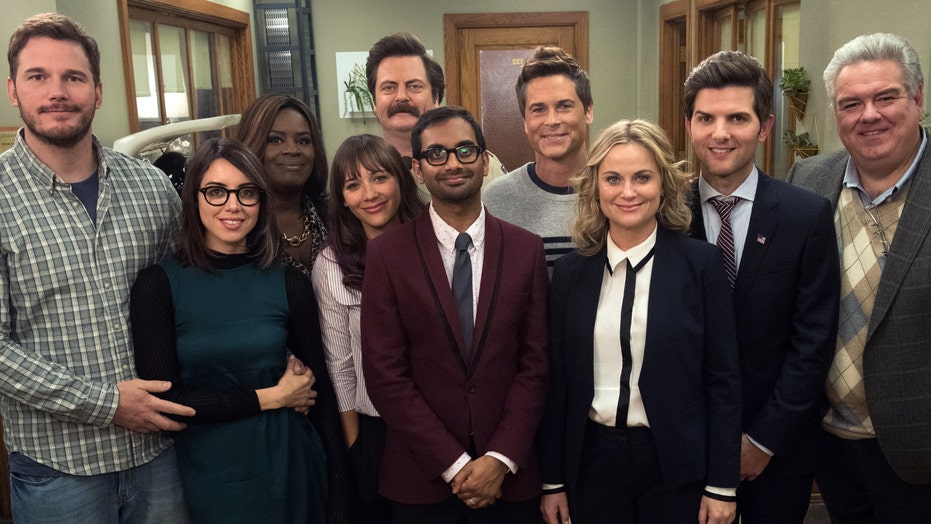 The cast of NBC’s “Parks and Recreation” is reuniting in an effort to assist Democrats in the swing state of Wisconsin this upcoming election.

The cast of the popular sitcom, which ended in 2015, is getting back together to raise money for the Democratic Party of Wisconsin. Cast members Amy Poehler, Adam Scott, Aubrey Plaza, Retta, Nick Offerman, Jim O’Heir and series co-creator Michael Schur will join forces for a livestream event that will be open to anyone who donates at least $1 to the organization. Although a donation of $27 is suggested, the livestream will be open to anyone as long as they're willing to donate something to the organization.

“Anything you donate will be used to ensure that Trump loses Wisconsin, and thereby the White House,” the page to RSVP for the event reads.

The event, titled “A Parks and Rec Town Hall," promises special surprise guests in addition to the returning cast, as well as a Q&A with the cast.

This isn’t the first time that the “Parks and Rec” cast has come back together since the show took its final bow. In April the entire cast reunited for a scripted special episode from their respective quarantines in which the characters talked about how everyone was personally dealing with the COVID-19 pandemic. Proceeds from the special episode went to benefit coronavirus relief efforts.

However, the “Parks and Rec” gang isn’t the only cast reuniting to help Wisconsin Democrats in the upcoming election. Stars Cary Elwes, Robin Wright, Carol Kane, Chris Sarandon, Mandy Patinkin, Wallace Shawn, Billy Crystal and director Rob Reiner are coming together on Sept. 13 for a virtual script reading of the 1987 classic “The Princess Bride.” They’ll also have a Q&A segment hosted by comedian Patton Oswalt.

In a statement released through the party, Elwes said: "I think most people are aware by now that Donald Trump has completely abdicated his duties as president to represent and stand up for all Americans. He has failed to keep the country safe from COVID-19 and as a result, he is responsible for the devastating chaos, violence and economic collapse that we are now experiencing.”

The cast of 'The Princess Bride' will reunite for a script reading. (Stephen Lovekin/Getty Images)

“If America is going to have a real chance at healing we must get rid of Trump. And that is only possible if we win Wisconsin. I am thrilled to be part of this very rare reunion of my colleagues from "The Princess Bride" as a way to increase awareness and garner resources for the state that will determine the fate of America," the actor concluded.