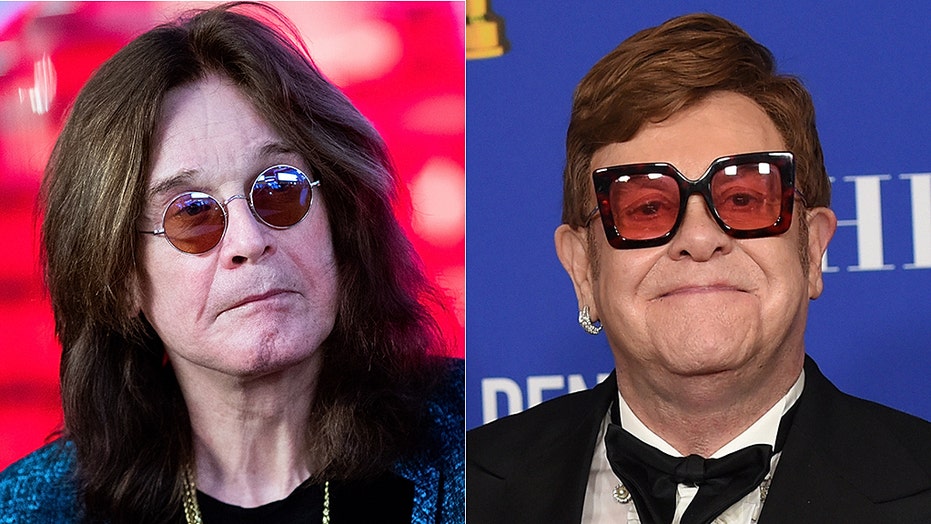 Legends in their own right, Ozzy Osbourne and Elton John have now collaborated on a soon-to-be-released song that's already being praised by fellow musicians who've heard it.

Red Hot Chili Peppers drummer, Chad Smith, had a chance to listen to the upcoming hit in the studio and revealed new details about it to Yahoo Entertainment this week.

"It's f--king epic," Smith told the outlet. "These two iconic, legendary, English f--king rockers that have been through it all are singing about the end of their lives: 'I don't want to die an ordinary man.' And it's f--king great!"

The famed drummer added that he and others were "pinching ourselves" in the studio while listening to the song.

"Ordinary Man" will be included on the metal legend's new LP, which bears the same name. Smith told the outlet the LP could be a "second wind" for Sharon Osbourne's husband, who hasn't put out a solo album since 2010, according to the outlet.

The long-anticipated LP will come after a bumpy year for the "Crazy Train" rocker, who revealed in September that he was "lucky to be alive" following a major fall and other health issues.

Smith expanded on Osbourne's health this week, confirming that the 71-year-old was in rehab for six months.

"His spirits were low and nothing good was happening," Smith told the outlet, adding that at the time Osbourne was "not bouncing back."

It was the chance to collaborate with Post Malone earlier this year that allegedly helped the Prince of Darkness return to his talents.

"He's fully Ozzy, loving it, and he's singing great. It was awesome. He lit up and was doing what he loves. He had a great time, and he was funny and just partying and telling jokes and just being Ozzy," Smith gushed about Osbourne and Malone's collab.

Osbourne spent two months in the hospital and needed three operations last year following the trip in his home. He also was forced to postpone his European tour after developing an upper-respiratory infection caused by the flu.

In an exclusive interview with The Sun, the ex-Black Sabbath singer previously said the stumble left him with 15 screws in his spine — but also got him "off his a--" and making music again.