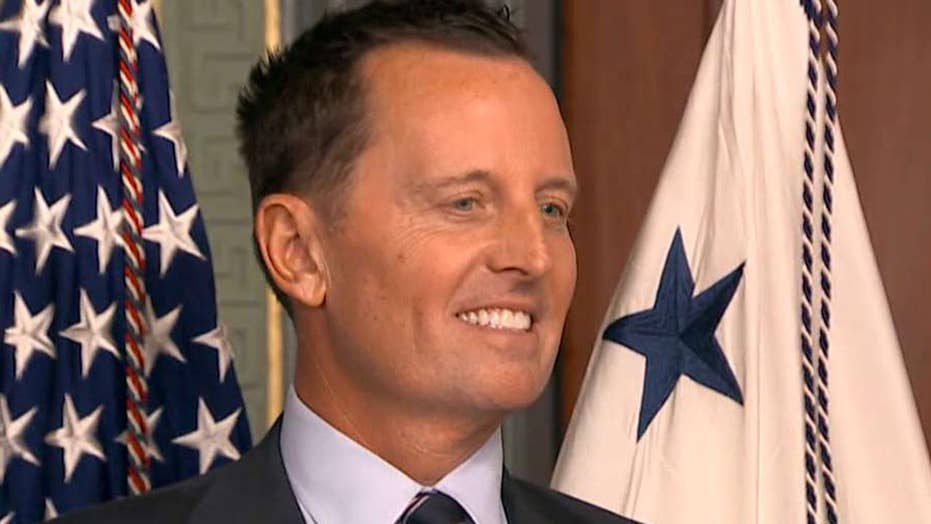 President Donald Trump was accused of racism in an op-ed in Out Magazine on Tuesday after the administration announced a campaign to decriminalize homosexuality worldwide, after which the publication got a heap of criticism itself.

The State Department told reporters that Richard Grenell, the U.S. ambassador to Germany, is holding a “strategy meeting” with activists from across Europe and that the initiative is reportedly going to take aim at Iran over its human rights abuses.

Grenell, who is openly gay, has been a vocal critic of Iran’s brutalization of the gay community and recently called out the “barbaric public execution” of a 31-year-old Iranian who was hanged for violating the country’s anti-gay laws.

A staff writer at the iconic LGBTQ magazine declared that the Trump administration’s effort to decriminalize homosexuality worldwide is an “old racist tactic.”

“Rather than actually being about helping queer people around the world, the campaign looks more like another instance of the right using queer people as a pawn to amass power and enact its own agenda,” Matthew Rodriguez wrote. "The truth is, this is part of an old colonialist handbook. In her essay, 'Can the Subaltern Speak?' postcolonial theorist Gayatri Spivak coined the term ‘White men saving brown women from brown men’ to describe the racist, paternalistic process by which colonizing powers would decry the way men in power treated oppressed groups, like women, to justify attacking them. Spivak was referencing the British colonial agenda in India. But Grennell’s attack might be a case of white men trying to save brown gay men from brown straight men, to the same end.”

TRUMP ADMINISTRATION PUSHES FOR END TO WORLDWIDE CRIMINALIZATION OF HOMOSEXUALITY

Rodriguez compared Grenell’s “sudden interest” in Iran’s anti-gay laws to Trump’s reaction to the Pulse Nightclub shooting in Orlando during the 2016 election, where he accused the then-candidate of using the 49 deaths “as a way to galvanize support for an anti-Muslim agenda rather than find a way to support LGBTQ+ people.”

“Though plans may or may not exist to invite local LGBTQ+ advocacy groups to the table, that they are not there at the plan’s inception is dangerous,” Rodriguez continued. “Inviting European activists to solve problems in the Middle East, African or the Caribbean — which, once again, are not monolithic in the slightest — is a toothless effort, more PR than progressive.”

The column was “ratioed” on Twitter, meaning more people criticized the post than liked or shared it.

Out Magazine’s former editor-at-large, Chadwick Moore, also criticized the op-ed, pointing to how he was fired by the magazine two years ago because he said “I don’t hate Trump.”