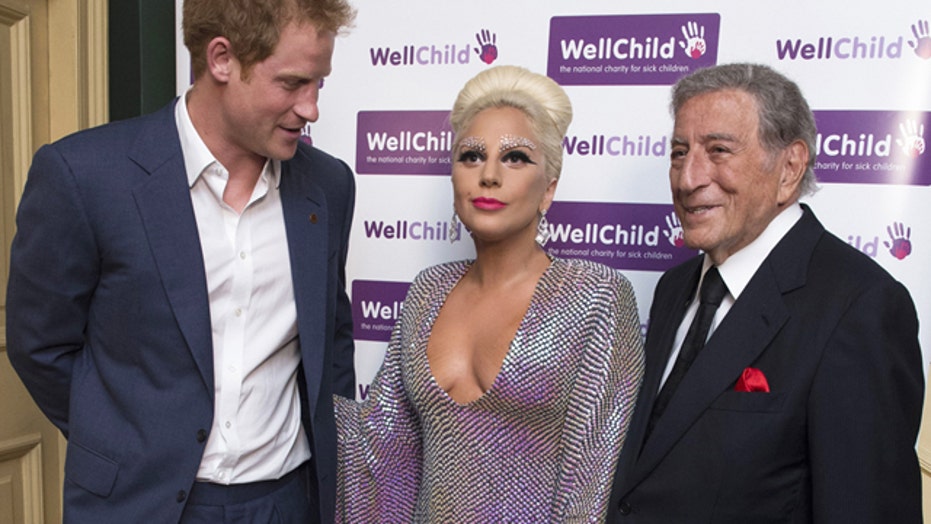 Four4Four: With a dress cut that low, does star want to be ogled?

NEW YORK – The race for best original song at the Academy Awards is a full-blown battle of the 20-something pop stars, with Lady Gaga, Sam Smith and the Weeknd up for the honor this year.

In recent years chart-topping singers who co-wrote their songs have earned nominations for original song at the Golden Globes — from Taylor Swift to Miley Cyrus — but it is rare for youngish, multi-platinum, arena-filling pop darlings to dominate the Oscars category.

Smith, who won the Golden Globe for best original song earlier this week with "Writing's On the Wall," is nominated for the "Spectre" track along with Weeknd's smash hit "Earned It" from "Fifty Shades of Grey" and Gaga's "Til It Happens to You," the song she wrote with Diane Warren for the sexual assault documentary, "The Hunting Ground."

"This nomination lends a voice to the victims & survivors all over the world," Gaga said in a photo she posted on Instagram. "Thank you to THE ACADEMY for recognizing the movement of people who have come together for this film & song in the name of sexual assault."

The pop stars' competition at the Oscars include "Manta Ray" from "Racing Extinction" and the Golden Globe-nominated "Simple Song #3" from "Youth."

Legend, who won the Oscar last year, said in an interview with the Associated Press late Wednesday that he "can't think of any moment in my career that's been more special" than taking home the top honor.

"I don't ever know if I'll have a moment that big again, but it was special," said Legend, who shared his win with Common for the song "Glory," from the film "Selma."

For Gaga, the Oscar nomination further proves that 2016 could be "The Year of Gaga" since the nod comes on the heels of her Golden Globe win for her role in the FX series, "American Horror Story: Coven." Gaga, who won her sixth Grammy last year for her jazz album with Tony Bennett, is nominated at next month's ceremony with "Til It Happens to You"; Billboard named her its woman of the year for 2015; and she had a show-stopping, critically-acclaimed performance at the Oscars when she paid tribute to "The Sound of Music."

The Weeknd also is having a major moment: The R&B singer began a shift to pop star status last year with "Earned It," which sold more than 2 million tracks and peaked at No. 3 on Billboard's Hot 100 chart. The song is from his sophomore album, "Beauty Behind the Madness," which launched the No.1 hits "Can't Feel My Face" and "The Hills." He's the second-most nominated act at the Grammys with seven nominations, tied with Swift and behind Kendrick Lamar, who is up for 11 Grammys.

And then there's Smith — the likely front-runner — who walked away from last year's Grammys with wins for song of the year, record of the year, best new artist and best pop vocal album.

"This is my Oscar Nomination face. Unreal. Freaking out," Smith said on Instagram, posting a photo of hands covering his face in shock.