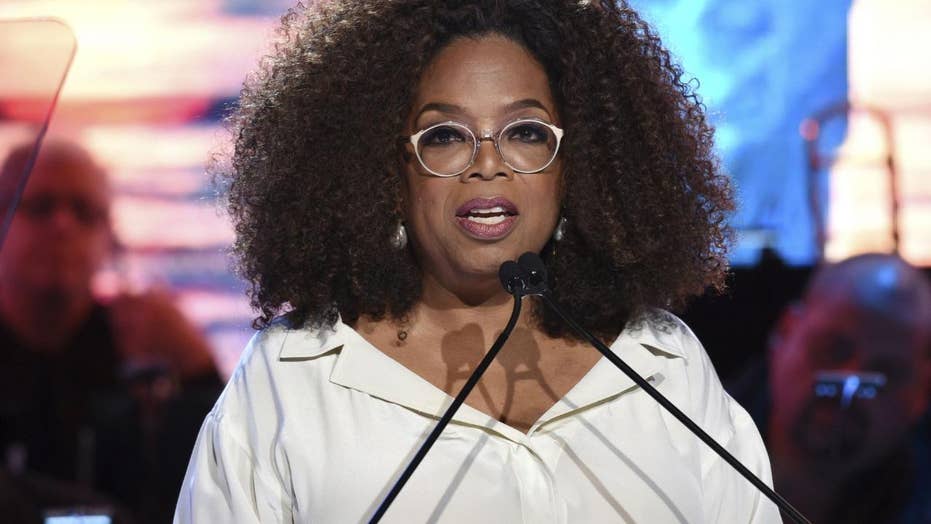 Oprah Winfrey claps back at an Instagram user who called her out for not paying off student loans after her Colorado College commencement speech.

Oprah Winfrey responded Monday to an Instagram user who called her out for not paying off student loans after her commencement speech at Colorado College, in an apparent comparison to investor Robert Smith's now-famous gesture at Morehouse College.

The Queen of Talk and billionaire mogul swiftly responded, pointing out her multimillion-dollar donations through the years to help university students.

Following her commencement address at Colorado College Sunday, Winfrey posted a photo of herself and a graduate on Instagram, writing “I don’t know who this guy is but he sure is happy to graduate! I shook hands with all 571 members of @coloradocollege's Class of 2019 and gave them a copy of The Path Made Clear.”

One Instagram user said that instead of giving graduates her latest book, she “should have paid off their student debt.” The comment came after billionaire Robert Smith surprised the Morehouse College graduating class during his commencement address the same day by vowing to pay off the student loans for all 396 graduates.

Smith, the Vista Equity Partners founder who became the wealthiest black man in the U.S., announced that his family will establish a grant estimated to be worth $40 million to benefit students.

Winfrey responded to the comment by explaining that she “already paid 13 m in scholarships. Have put over 400 men thru @morehouse1867."

Her contribution created a fund that has grown to $12 million and has awarded scholarships to more than 400 men. Winfrey is one of Morehouse College’s top donors in the institution’s history.

During the final episode of the “Oprah Winfrey Show,” some of the men who received scholarships from Winfrey’s fund surprised her by making a $300,000 contribution to Morehouse College, something they could afford after developing successful careers in finance, medicine and law.