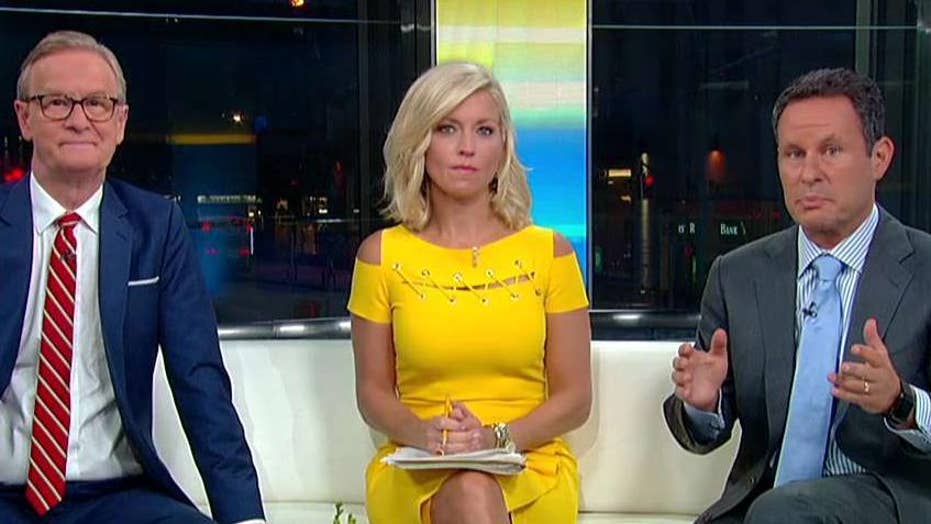 'Dancing with the Stars' host Tom Bergeron releases a statement on his desire to keep politics out of the show after the casting of former White House press secretary Sean Spicer.

Speaking with The Hollywood Reporter, Omarosa "accurately predicted" that Trump would express his support for Spicer on Twitter, but also suggested the president will "insert himself" into the popular ABC dance competition show.

"He'll see this as people voting for or against him, which is why he'll insert himself into the process," Newman told THR.  "I'm personally going to sit back to watch to see which one of those sides wins."

Omarosa, who appeared on CBS' "Celebrity Big Brother" after she left the White House in 2017, went on to knock Spicer, insisting he might be able to do "certain dances."

"People have a problem with being deceived and lied to and perceiving it as if the person is being rewarded. And, that's what Sean Spicer did," Omarosa explained. "I believe, because he's so full of it, he'll do great in certain dances. Let me tell you some dances that he'll be comfortable with: the Jive, because he's full of it; the Hustle, because he deceived the American people; and the Quick Step, because he quick-stepped himself around answering questions."

It was revealed on Wednesday that Spicer would be one of the 12 celebrity contestants on the next season of "Dancing With the Stars." However, his casting apparently wasn't welcomed by the show's host, Tom Bergeron, who said he pushed the producers to avoid "divisive bookings."

“Subsequently [and rather obviously],” Bergeron wrote in a statement, “a decision was made to, as we often say in Hollywood, ‘go in a different direction.'”