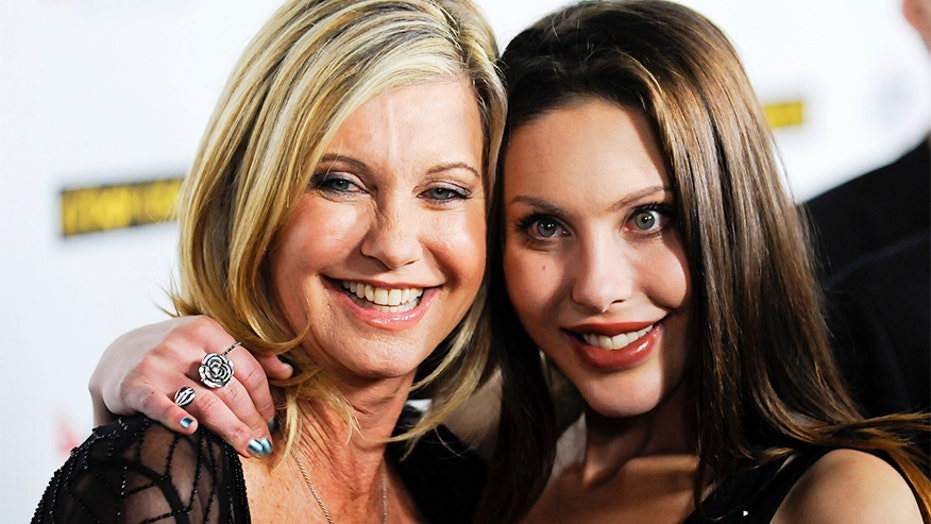 Olivia Newton-John’s daughter, Chloe Lattanzi, announced Tuesday that she will compete on Australia’s version of “Dancing with the Stars.”

The 33-year-old announced the news on her Instagram along with a photo of the rest of her competition going into the latest season of the series.

“I’m dancing with the stars guys!!!!” the celebrity captioned the post. “I can’t wait to show you my moves!”

She also shared some follow up promotion photos as well as two videos. The first is a simple photo series showing her doing some dance poses in one of her “Dancing with the Stars” outfits. The other is clearly from a rehearsal for the show in which she stretches with one leg on a ballet bar in a studio.

Prior to her big announcement, the singer and actress took to the social media site to show off pictures of herself doing dance poses near a dancing pole. In the caption, Lattanzi opened up about what dancing does for her body and mind.

“I love to move my body. It its therapy for me. I tend to reside in my bodys intelligence rather than my minds,” she wrote. “The inner body is where intuition dwells. Where spirit and heart meet.Where anger and pain can be channeled out with the right teacher. The mind can only dwell on anger and feed on pain. Use your body as your sacred instrument. You are not you emotions. They happen to you. And if they are causing you or others distress learn how to channel them out. Or as i do. Dance them out.”

In December 2018, Lattanzi penned a sweet column in Women’s Day Magazine in which she discussed her past struggles with addiction to alcohol and cocaine as well as how her mother’s strength and influence helped her over the years and will continue to do so as the 71-year-old battles cancer for the third time.

In March of this year, People magazine reported the Australian star was in the midst of treating stage 4 breast cancer. She was first diagnosed in 1992 and then secretly overcame a bout in 2013. Her most recent diagnosis came in 2017.

“My mum has taught me the power of positive thinking and enjoying every moment. We both try to protect each other,” Lattanzi wrote. “Mum stays positive and I do my best to stay positive, too.”

She added: “There is no instruction manual on how to deal with all of this, and still today Mum and I find it very difficult to talk about what she is going through.”