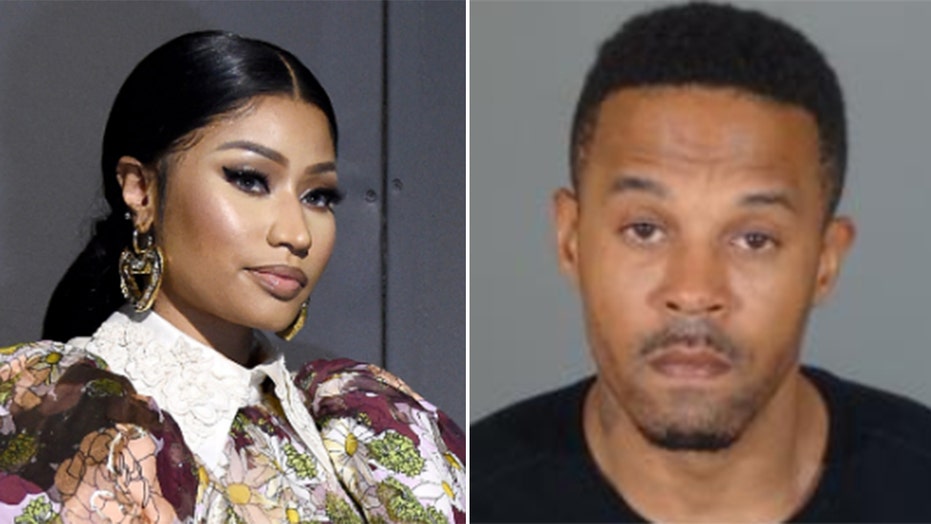 Nicki Minaj's husband has officially registered as a sex offender in the state of California, Fox News can confirm.

The rapper's husband's mug shot and personal information are now listed on the California Megan's Law database, which is ran by the state of California Department of Justice and is used to track sex offenders in the state.

Kenneth Petty's registration comes within days of his recent arrest for failing to register as an offender. The 41-year-old pleaded not guilty on Wednesday, the U.S. Attorney's Office told Fox News. He was then released on a $10,000 bond.

NICKI MINAJ'S HUSBAND, KENNETH PETTY, ARRESTED FOR FAILING TO REGISTER AS A SEX OFFENDER IN CALIFORNIA

"He is required to submit to electronic monitoring and his travel was restricted to Southern California," the U.S. Attorney's Office told Fox News.

Per TMZ, Petty's legal problems started in November after being pulled over by the Beverly Hills Police Department during a traffic stop. At the time, authorities determined Petty was a registered sex offender in New York state but he had not registered in California, the outlet reported.

Records from the Los Angeles County Sheriff's Department obtained by Fox News indicate that Petty was arrested in November of 2019 by the Beverly Hills Police Department but do not state the charges brought against him. He was released on a $20,000 bond.

Petty is scheduled for a status conference on March 23 to determine the next steps in the trial, which will take place on April 28.

Petty was convicted in 1995 for the attempted first-degree rape of a 16-year-old girl, following a 1994 incident when he was 16.

Minaj announced back in October that she and Petty tied the knot after less than a year of dating. They first dated as teenagers and reunited in 2018.

A rep for Nicki Minaj did not immediately respond to Fox News' request for comment.