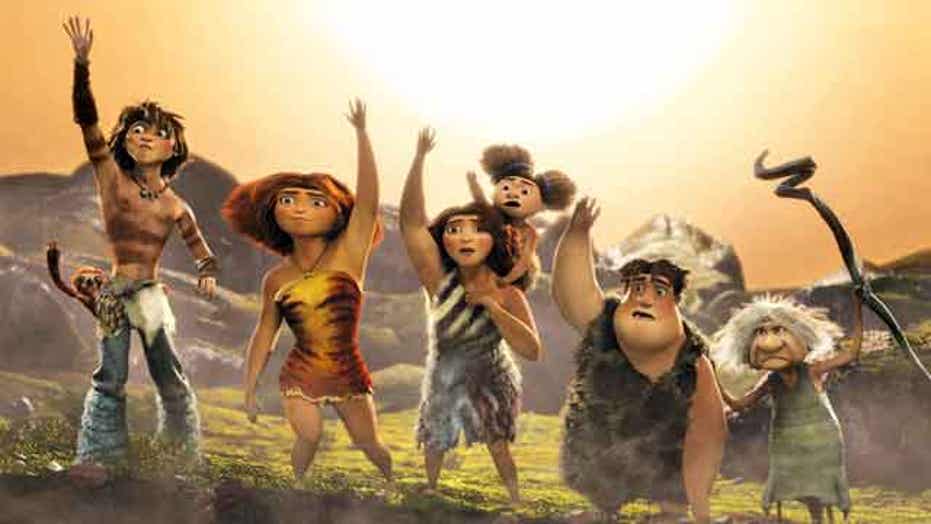 Nic cage said he turned down 'Shrek,' so he jumped at the chance to do 'The Croods'

NEW YORK – Nicolas Cage gets animated in the voice booth for the new 3-D family friendly adventure “The Croods.” Cage plays the father of a cave family forced to leave their home and head out on an incredible journey into the unknown. The film also features the famous voices of Emma Stone, Ryan Reynolds, Catherine Keener, Cloris Leachman, and more.

Cage is aware the look of his prehistoric alter-ego Grug wasn’t modeled after him, but he says that's a good thing.

“The first thing I thought was, gee, I hope I don't look like that… and then the second thing I thought was, wow what a great movie," Cage told FOX411. "This is a spectacular visual feast. You could see this movie ten times in a row and discover something new every time.”

Cage wouldn’t dare try to change the vision of the filmmakers and admits he once made a mistake judging a certain classic character by its looks.

“They know what they're doing over there at Dreamworks. Jeffrey (Katzenberg) talked to me years ago about Shrek and I said no because I didn't want to look like that guy, well I wish I had done it. But I didn't," he said. "But the point is, Grug should look like a little bit scary, like a big bear but in fact he's really a big teddy bear and that's what's charming about him.”

Grug’s fear of change may be a little less charming, though he’s just trying to protect his cave family. Cage says in real-life he embraces change, "I would cringe inside every time I had to say things like 'new is bad' and 'fear is good,'" but Cage says he could relate to looking out for the brood. “Being a father, if you love your children it's impossible not to have some concern, it's just that he takes it way too far, and he's suffocating his family.”

While he embraces change change, Cage does admit to resisting some modern technology. “I am not a social media guy. I don't do that. I don’t do Facebook. I don’t do Twitter. And I never will.”

He also said he's excited to have heard about a group of kids who share his views.

“There's a new generation I'm hearing about, 17-18 year olds and they’re not doing that at all. They are actively refusing to do that," he said. "Because they know that smart is the new rich, and with this economy, they've got to show well, and they are throwing it all out. To me, this is a much more polite generation.”

He’s even found out about a new game discouraging phones at dinner time.

“They do these games now at dinner now where you put your cell phones down and the first one who can't resist, has to buy dinner."

So if you have dinner with Cage, leave your phone at home.

“The Croods” opens nationwide on March 22.