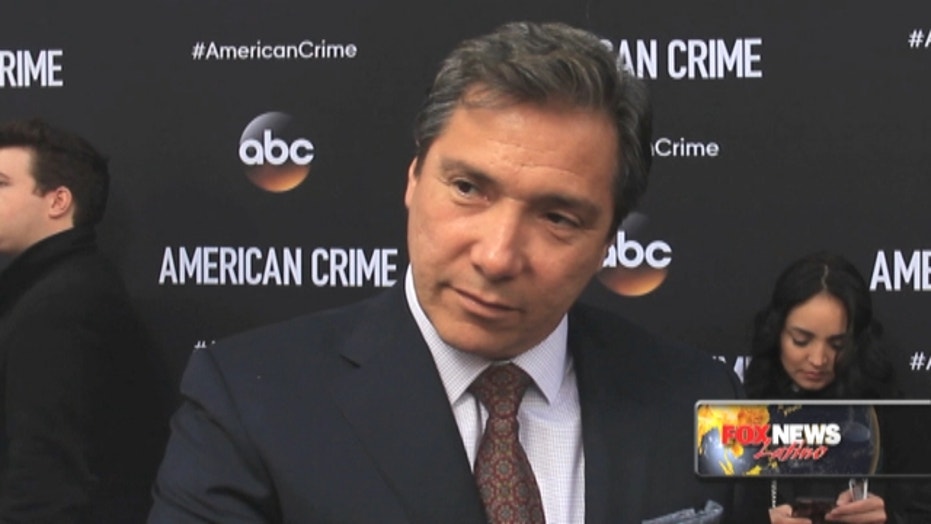 The cast of the highly-anticipated ABC drama

The show revolves around parents (played by Timothy Hutton and Felicity Huffman) whose son is murdered.

But the show is not just about a murder. It’s not even about the investigation or the detectives. The drama, executive-produced by the writers of the Oscar-winning film, “12 Years a Slave,” is about all the people touched by the incident.

“American Crime” takes viewers into the lives of everyone affected, from the victim’s mourning parents to the circumstances and trials faced by those accused of the crime.

Ortiz’s character, Tony Gutierrez, is an average Hispanic teen who tries to rebel against his father Alonso (played by Benito Martinez) and unintentionally lands himself in the midst of a murder investigation.

Alonso Gutierrez is a complex character. He is a widower who loves the son he's raised alone, but he doesn’t use his race or circumstances as a crutch.

“I think what is unique about Alonso is that he’s not trying to go along with the crowd," Martinez told Fox News Latino. "He has a belief that he thinks will work best with his family. Do everything the right way, and he sticks to that, even though it might make him unpopular with other people.”

But surprisingly, it isn’t only the show's Hispanic or African-American characters who experience racism.

“Is this show true?" Huffman asked. "I would say yes.”

Echoing those sentiments is Richard Cabral, whose character Hector is an undocumented immigrant accused of being involved in the murder.

“We’re all kind of like, prejudiced in a certain way because we don’t know nothing. A white doesn’t know about an African-American [or] a Latin and a-vice-versa. And we have these thoughts, and this is the first time we actually question 'em,” he told FNL.