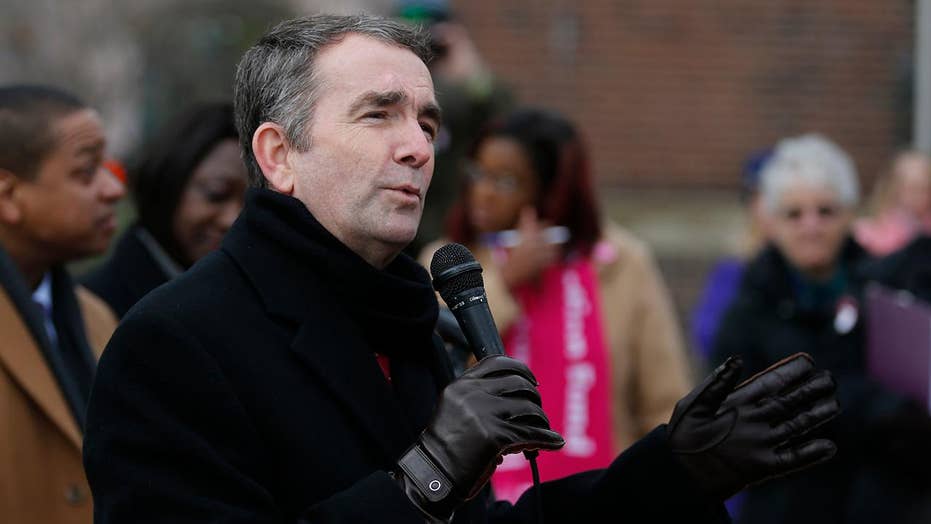 Virginia governor pushes proposal that allows termination up until birth

Democratic Virginia Gov. Ralph Northam lit up social media Wednesday after he waded into the fight over a controversial abortion bill that one sponsor said could allow women to terminate a pregnancy up until the moment before birth -- with critics saying Northam indicated a child could be killed after birth.

NewsBusters analyzed coverage from Fox News, ABC, CBS, NBC, CNN and MSNBC from 7:00 p.m. to midnight ET on Wednesday and found that only Fox News included the story in their nightly coverage.

CNN and MSNBC "covered topics that included (but were not limited to) rehashing tweets from over 12 hours earlier in which the President knocked his intelligence chiefs, the Mueller team catching Russians using non-public information to try and discredit the probe, and attempting to bludgeon former Starbucks CEO Howard Schultz from considering an independent presidential bid," NewsBusters reported Thursday.

Northam, whose office is now pushing back on those claims, appeared on WTOP to discuss The Repeal Act, which seeks to repeal restrictions on third-trimester abortions. Virginia Democratic Del. Kathy Tran, one of the sponsors, sparked outrage from conservatives when she was asked at a hearing if a woman about to give birth and dilating could still request an abortion. The bill was tabled in committee this week.

Northam, a former pediatric neurologist, was asked about those comments and said he couldn’t speak for Tran, but said that third-trimester abortions are done with “the consent of obviously the mother, with consent of the physician, multiple physicians by the way, and it’s done in cases where there may be severe deformities or there may be a fetus that’s not viable.”

Wednesday evening, Northam tweeted: "I have devoted my life to caring for children and any insinuation otherwise is shameful and disgusting."