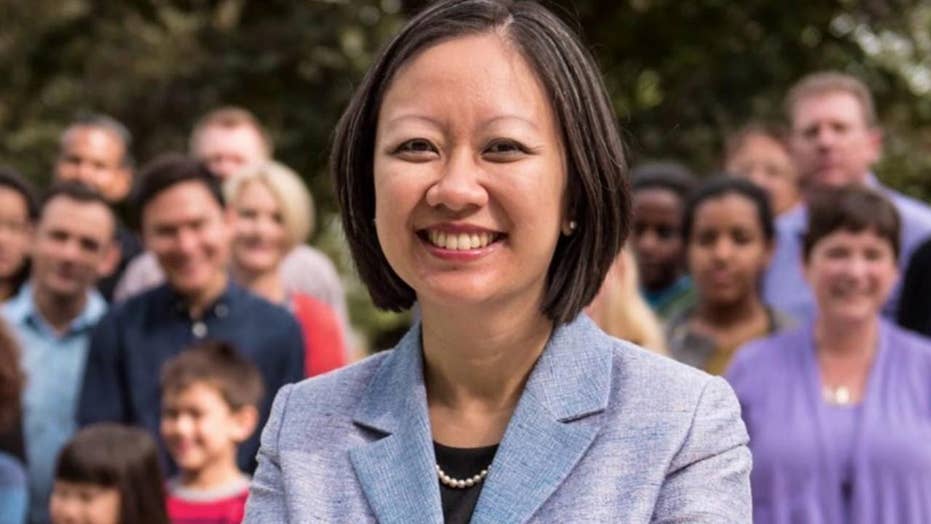 There is outrage as a video showing Virginia Rep. Kathy Tran saying the plan would allow abortions up until the moment of birth.

The abortion debate erupted anew this week after a video surfaced showing the Democratic sponsor of a Virginia abortion proposal acknowledging it could allow women to terminate a pregnancy up until the moment before birth, for reasons including mental health.

“First New York, and now a proposed Virginia bill that would legalize abortion up to the moment of birth,” tweeted Kentucky Republican Gov. Matt Bevin. “This is a sad commentary on the culture of death that continues to creep insidiously into the laws of our [country].”

Virginia Democratic Del. Kathy Tran is the sponsor of The Repeal Act, which seeks to repeal restrictions on third-trimester abortions. The bill -- which was tabled in committee this week -- has the support of top Democrats in the state, including Gov. Ralph Northam.

The bill would remove a number of restrictions currently in place regarding late-term abortions, including doing away with the requirement that two other physicians certify a third-trimester abortion is necessary to prevent the woman's death or impairment of her mental or physical health. The third trimester lasts until 40 weeks.

Todd Gilbert, the Republican House majority leader, questioned Tran about the bill during a hearing Monday. He asked Tran if a woman who has physical signs she is about to give birth could request an abortion if a physician said it could impair her "mental health."

“Mr. Chairman, that would be ... a decision that the doctor, the physician and the woman would make at that point,” Tran replied.

“I understand that,” Gilbert replied. “I’m asking if your bill allows that.”

Tran replied: “My bill would allow that, yes.”

Virginia Republicans shared video of the exchange, posting, “Heartbreaking... This isn't in New York, this isn't in California, this happened just this week right here in Virginia.”

“Virginia House Democrats proposed legislation to allow abortions up to just seconds before that precious child takes their first breath…Thankfully, our strong conservative majority was able to defeat this bill,” the Virginia House of Delegates Republican Caucus posted on Facebook.

In promoting the bill, Tran has said it "eliminates medically unnecessary and unduly burdensome requirements that make it difficult for women to access abortions," recognizing that "women have the constitutional right to make healthcare decisions about their own bodies."

The loosening of the laws comes as pro-choice activists fear the newly conservative Supreme Court will overturn the 1973 ruling that made abortions legal.

New York Gov. Andrew Cuomo last week directed the One World Trade Center and other landmarks to be lit in pink Tuesday to celebrate the passage of "Reproductive Health Act." 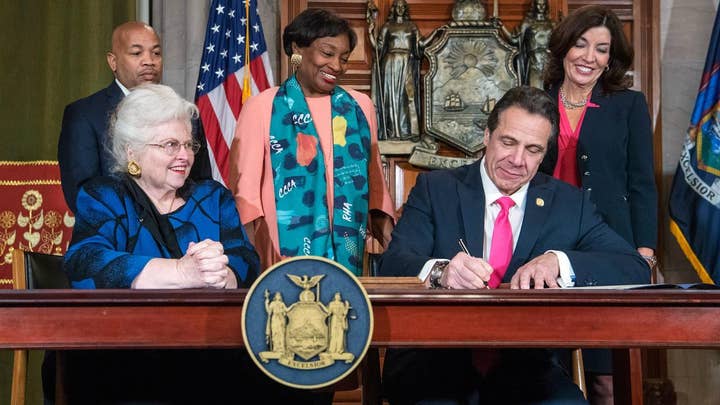