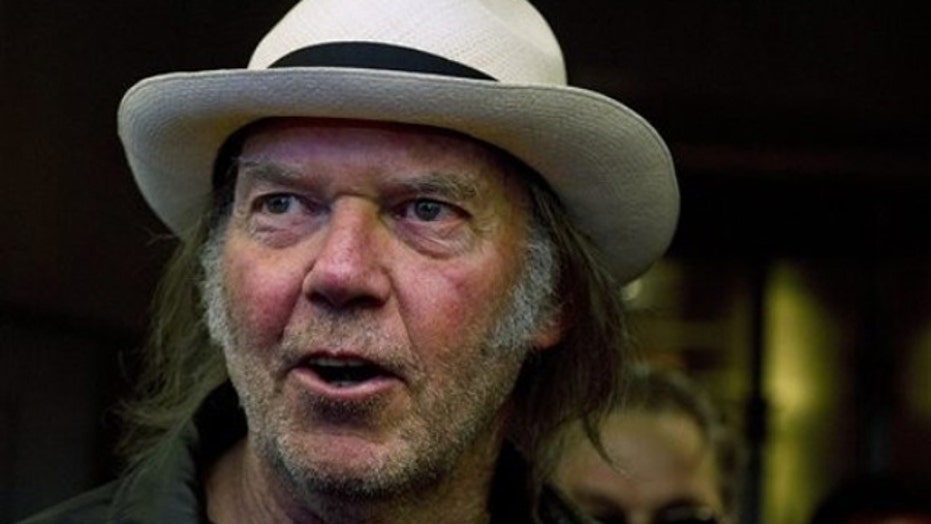 Neil Young, who is originally from Canada, revealed that he’s now a citizen of the United States and plans to use his new status to vote Democrat.

The 74-year-old singer made the announcement on his website with an image showing Young saluting next to an American flag alongside a table with a sign that reads: “Democrats register to vote here.”

“I’m happy to report I’m in!!” he captioned the photo. “Vote your conscience.”

In addition to the photo on his website, Young shared to his Instagram a video in which he waves mini American and Canadian flags in tandem singing that he’s, “Proud to be a can-merican.”

Representatives for Young did not immediately respond to Fox News’ request for comment.

Young is no fan of Donald Trump. In 2015 he had friction with the then-candidate over the use of his song “Rockin’ in the Free World.” However, Trump’s campaign told Fox News at the time that the song was paid for.

"Through a licensing agreement with ASCAP, Mr. Trump’s campaign paid for and obtained the legal right to use Neil Young’s recording of ‘Rockin' In The Free World,'" Trump's campaign manager Corey Lewandowski said at the time. "Nevertheless, there are plenty of other songs to choose from. Despite Neil’s differing political views, Mr. Trump likes him very much.”

“DT does not have my permission to use the song ‘Rockin’ In The Free World’ at his appearances,” Young wrote in 2018, according to Rolling Stone. “Legally, he has the right to, however it goes against my wishes.”