The 1998 version that cast a spell on audiences around the world was actually banned in China, even though children there grew up hearing the story, native Chinese scholar and author Helen Raleigh explained. Now, Raleigh said, Disney's come back with a version it hopes will pass muster with a deeply repressive government, in the world's most populous nation.

“My mom told me the story when I was a little girl," Raleigh said. "The universal appeal, which the 1998 version captured well, was the message of a young person going through self-discovery, using self-determination and along the way she finds love."

The new "Mulan" misses the original point, and emphasizes the blind allegiance the Chinese Communist Party demands of its citizens, she said.

"The kind of loyalty they demand is -- ‘You do what the party tells you to do and you do not ask questions. You do not dissent. You should be ready to sacrifice yourself,'” Raleigh said.

The movie, which was released earlier this month in the U.S. to little fanfare, hasn't even made back a quarter of its $200 million budget yet, pulling in just $38 million so far.

Raleigh, who penned an article about the subject for The Federalist, said the movie's producers filmed part of the action in 2018 in the Xinjiang province, which has made headlines for its brutal conditions, forced labor camps and torture. She believes Disney officials knew - or at least should have known - what was happening in the set's proximity.

“The story about the plight of the workers, the forced abortions and sterilization of women had been widely reported since 2016 [from that province]," she said. "Yet they went there to shoot this thing and at the end – in the movie credits – they gave thanks to the government in Xinjiang, including their top propaganda department. This is also where they had reeducation camps for workers. So it’s impossible for Disney to claim they have no idea what’s happening."

Raleigh said Disney's pro-social justice stance in America is at odds with its position on China, where the movie has done surprisingly poorly.

"You’ll remember last year, Disney threatened to boycott Georgia when the state assembly passed a pro-life bill," she noted. "So Disney tried to take a stand there, but at the same time, while all these atrocities were taking place in Xinjiang, Disney pretended they didn’t see it. I found that very troubling." 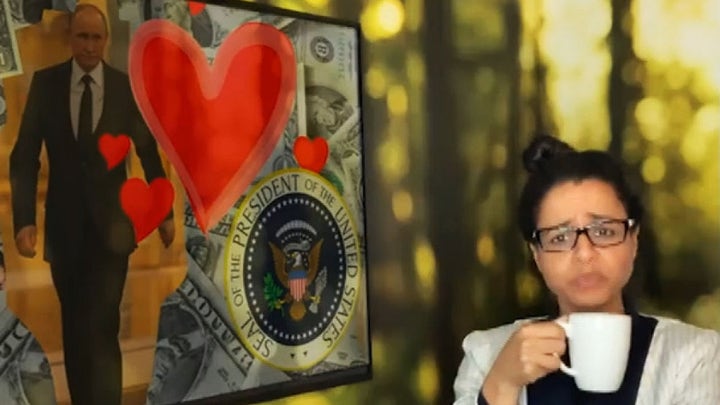 The author argued these should be reasons enough to boycott the movie, but also included the added bonus of sending a message to Hollywood and others entities which have fallen in line with the CCP, in the name of higher profits.

“Disney basically solely designed this film – from the script to the casting – solely designed this film to please the Chinese government and the authorities. But it was released in China and so far the box office sales haven’t gone very well," she said. "This should serve as a good lesson. They bent backward and kowtowed to the Chinese authorities to make a profit, but in the end, they lost their reputation and they didn’t make money.”

Back in July, Attorney General Bill Barr warned Hollywood and other industries of China's intention to supplant them. He also cited several examples of major changes that were made to American films, strictly to satisfy Chinese officials -- including Marvel's Dr. Strange.

"Take Hollywood," Barr wrote. "Hollywood actors, producers, and directors pride themselves on celebrating freedom and the human spirit. And every year at the Academy Awards, Americans are lectured about how this country falls short of Hollywood’s ideals of social justice.

"But Hollywood now regularly censors its own movies to appease the Chinese Communist Party, the world’s most powerful violator of human rights," Barr continued. "This censorship infects not only versions of movies that are released in China, but also many that are shown in American theaters to American audiences.

Barr noted revisions in movies such as "World War Z," which depicts a zombie apocalypse caused by a virus. The original script, like the novel, contained speculation that the virus may have originated in China. But Paramount Pictures reportedly scrubbed the reference in a bid to gain a Chinese distribution deal.

"The deal never materialized," noted Barr, who said similar China-friendly edits were made to such films as Marvel Studios' blockbuster Dr. Strange.

Fox News reached out to Disney's press team for a reply to Raleigh's comments and was directed to a statement made by the company's CFO Christine McCarthy, during a  Bank of America investor event last week. She defended Disney's decision to thank Chinese officials in the credits, saying it's just the cost of doing business when making a movie abroad.

“The real facts of Mulan is Mulan was primarily shot, almost the entirety in New Zealand," she said. "And, in an effort to accurately depict some of the unique landscape and geography of the country of China for this historical period piece drama, we filmed scenery in 20 different locations in China.

"Now, it’s common knowledge that, in order to film in China, you have to be granted permission, and that permission comes from the central government’s Publicity Department, McCarthy continued. "It’s also common knowledge in the film industry, and it’s a practice that is done throughout the world, to acknowledge in a film’s credits the national and local governments that allowed you to film there. And so, in our credits, it recognized both China, as well as locations in New Zealand.”

Raleigh said it's ironic Hollywood is so quick to virtue signal, yet will support one rule for the rulers and another for the ruled.

"They're always riding high horses and lecturing us about social justice, but they have no problem turning around and making moral compromises left and right," Raleigh added. "I think even Americans are tired of it. We are sick of it and I think its time to take a stand and say, 'If you don't care about our money, then you don't get to have our money.' It's crazy. When you bend your values, you're not going to make money."