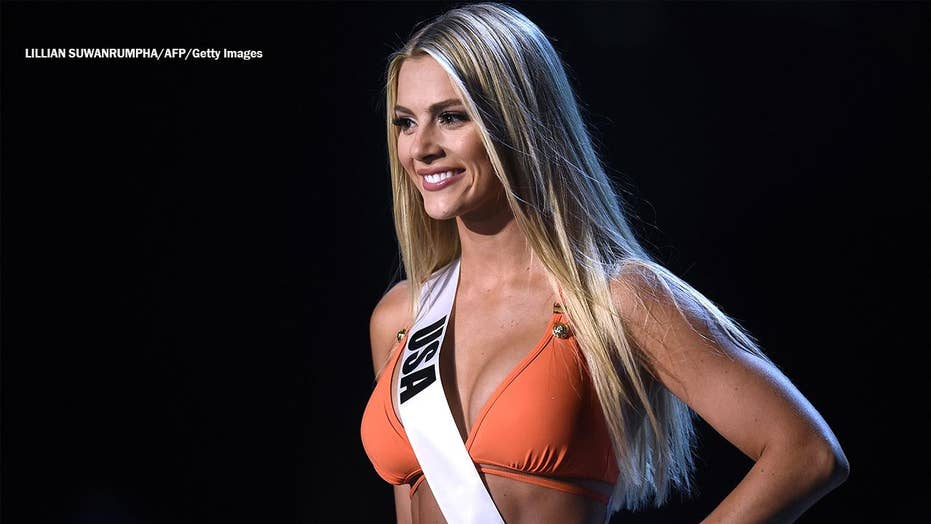 The 24-year-old’s reign will come to an end on Thursday night when the 2019 Miss USA competition will crown its new pageant star.

The event is hosted by the Miss Universe Organization and will be hosted by singer Nick Lachey and his wife, television personality Vanessa Lachey. The 2019 winner will be crowned by the Nebraska native.

“It’s a bittersweet moment,” Summers told Fox News. “I never, ever dreamt of being Miss USA. It was always, of course, something in the very back of my head, but it was never a goal that I had spoken into existence. Because Nebraska, which is my home state, had never even made the top five before, my goal was top 15. So everything after the top 10, top 5, top 3, winning and essentially representing the USA for the whole year has just been a cherry on top of the experience that I was excited about one year ago.”

Summers, a certified child life specialist, said she was grateful for the chance to work with children in need — something she will continue to pursue after Thursday night.

“A lot of my year revolved around visiting children in hospitals and their families and seeing whether it’s single moms or even single dads at the bedside supporting their child while working on their laptop. All of that is a beautiful picture of strength and support and love that I think transcends everything else that represents the U.S.

“When I was crowned Miss USA 2018, the Miss Universe organization really took me under their wing, but also listened to everything that I cared about and my experience,” Summers continued. “… I always made it a point pretty much everywhere I traveled to at least visit one children’s hospital. They have been so supportive of all of the goals and just letting me highlight who I am and what my passions are during the year.”

Summers acknowledged she had a sunny outlook on what the future holds for her even after making headlines for different reasons. During the Miss Universe competition in December 2018, Summers was slammed for comments caught on video about Miss Vietnam H'Hen Niê and Miss Cambodia Rern Sinat not understanding English.

In a video captured by Miss Colombia Valeria Morales, Summers asked and then answered, "What do you think of Miss Vietnam Nie?"

"She's so cute and she pretends to know so much English, and then you ask her a question after having a whole conversation with her and she goes [smiles and nods]," Summers said, chuckling. She added, "She's adorable."

Summers repeated her impression of Nie upon Morales' request.

Later in the video, Summers expressed sympathy for Rern not knowing English.

"Miss Cambodia is here and doesn't speak any English and not a single other person speaks her language. Can you imagine? [Miss Australia] Francesca [Hung] said 'that would be so isolating,' and I said, 'Yes, and just confusing all the time.' Poor Cambodia."

MISS VIRGINIA: I AM PURSUING THE UNITED STATES ARMY RESERVE

Summers immediately sparked backlash over her remarks on social media. Many were upset not just at Summers' words and actions, but also at how she portrayed America on the global stage.

At the time, reps for Miss Universe declined Fox News' request for comment, but Summers quickly spoke out in a statement posted on Instagram — accompanied by a photo of herself, Rern and Niê in a group hug with some other contestants.

"@MissUniverse is an opportunity for women from around the world to learn about each other's cultures, life experiences, and views. We all come from different backgrounds and can grow alongside one another," she wrote.

"In a moment where I intended to admire the courage of a few of my sisters, I said something that I now realize can be perceived as not respectful, and I apologize. My life, friendships, and career revolve around me being a compassionate and empathetic woman," she continued. "I would never intend to hurt another. I am grateful for opportunities to speak with Nat, Miss Cambodia, and H'Hen, Miss Vietnam, directly about this experience. These are the moments that matter most to me.”

MISS UNIVERSE EXPLAINS WHY SHE DISAPPEARED AFTER WINNING

Looking back, Summers admitted it was a humbling experience.

“It was really hard for me,” admitted Summers. “It really broke me because it was something that I meant in so purely, it was misconstrued and it really broke me down, whether it was messages on social media, hate mail… It showed a lot and I responded to it in the best way that I could, but it had definitely given me a more thick skin to understand that especially people who hide behind computers, it can be malicious….

"That can’t be your identity. Your identity has to be in who you know you are. And then on those hard, hard days, you have to be able to rely on your support system, whether that’s your family or your best friends. I was just really grateful that I had that in that time and I continue to as I go forward.”

Soon after Summers made her public apology, the beauty queen became engaged to longtime boyfriend Connor Combs, who proposed the same night she moved on to the semi-finals of the Miss Universe pageant in Thailand. Summers revealed she is getting married later this year and most of her bridal party are young women she’s befriended within the pageant world.

“I have a lot of exciting projects coming up,” Summers shared. “I’m launching a jewelry line that’s all about female empowerment, which I’m really, really passionate about. I have a podcast… called More Than a Crown… It’s all about continuing to use my voice after no longer being Miss USA to empower and encourage young women. I’m interviewing amazing, influential people in my life so that they can use their words of wisdom on our listeners.”

But the one thing Summers insisted she will truly cherish from her time as Miss USA is meeting children and their families in hospitals — an experience she will continue to find inspiration from as she moves forward in the next chapter of her story. She hopes that experience will also encourage the next Miss USA to make her own mark when it comes to helping others in need.

Sarah Rose Summers (right) admitted it's bittersweet to know that her reign as Miss USA is coming to an end. (The Miss Universe Organization)

“It gets the children out of their room and moving and excited and interacting with others, versus just isolated in their own room,” she explained. “So it’s been fun to be able to be that reason these children and their families want to come out of their rooms and explore a little bit no matter how down they’re feeling. It has been a blast… being able to be a princess for those little girls. There are a few moments where a mom will take me in the hallway and say, ‘That’s the first time I’ve seen her smile in weeks.’ And that’s what’s it’s all about. That’s the most rewarding.”