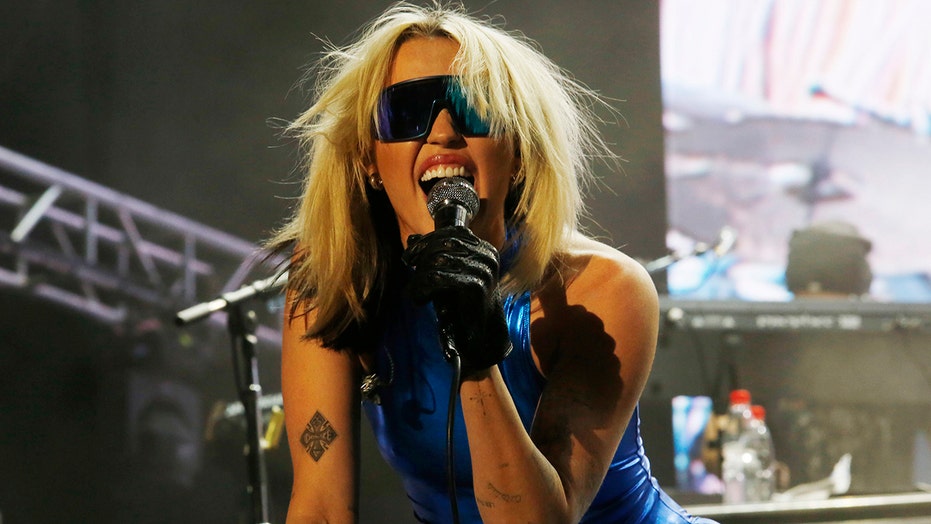 Miley Cyrus' plane was forced to make an emergency landing after getting struck by lightning Tuesday night.

The singer was traveling to Paraguay to headline day 2 of the Asunciónico festival, but her plans were canceled after the plane rerouted to safety.

"To my fans and everyone worried after hearing about my flight to Asunción. Our plane was caught in a major unexpected storm and struck by lightning," Cyrus wrote on social media.

"My crew, band, friends and family who were all traveling with me are safe after an emergency landing. We were unfortunately unable to fly into Paraguay. I LOVE YOU," Cyrus, 29, added with a broken red heart emoji.

American singer Miley Cyrus performs on stage during a show at Movistar Arena on March 21, 2022 in Bogota, Colombia. (Ovidio Gonzalez)

Cyrus showed a video of the terrifying situation from her seat on the plane. Filming the view outside her airplane window, the black sky suddenly lights up with a flash of lightning. Passengers can be heard letting out big gasps.

According to its website, 2022 Asunciónico is the "one of Paraguay's largest rock festivals" typically held every March. Local reports say Cyrus' performance was expected to draw a big crowd.

The last festival took place in 2019.

Miley Cyrus ensured fans she is safe after her plane made an emergency landing overnight. (Marcelo Hernandez)

Cyrus has been performing in South America. Over the weekend, the pop-turned-rock star performed at Lollapalooza Argentina and Lollapalooza Chile in eye-catching jumpsuits.