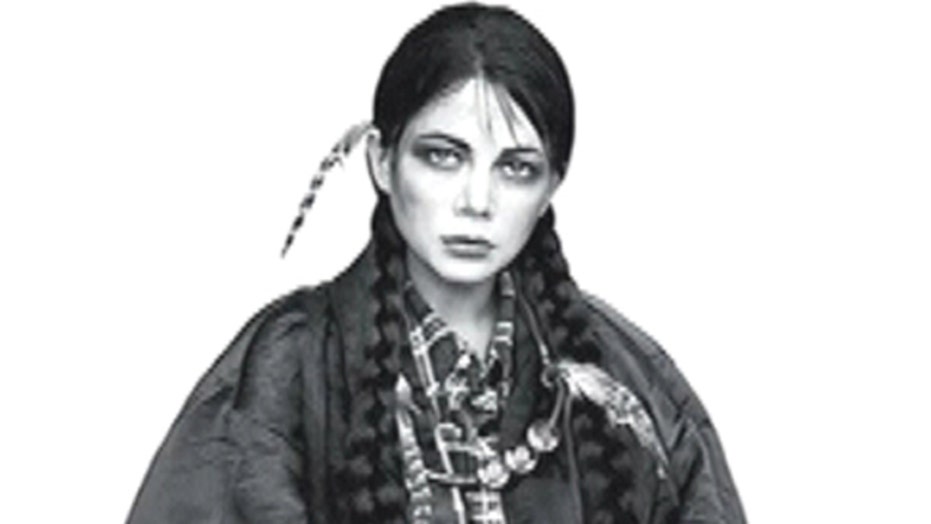 Michelle Williams dressed as a Native American for a magazine cover

Michelle Williams is under fire for a new magazine photo, in which she poses with her hair and makeup styled to look like a Native American.

Williams appears in a series of photos in the U.K. publication AnOther to promote her new movie, "Oz the Great and Powerful." In one, the blonde actress dons a black braided wig and a feather in her hair, and is wearing a flannel shirt, jeans and some sort of robe. Some are calling the getup offensive.

Photos: Everybody's posing nude! Check out Rihanna and other stars who've bared all

Ruth Hopkins, an attorney and writer for LastRealIndians.com, described the portrait as "racist." "Just as Blackface is never okay, Redface is never okay," Hopkins wrote in a post published on Jezebel. "Ever."

Hopkins went on to cite William's connection to L. Frank Baum, the "Wizard of Oz" author whom she describes as a "white supremacist."

A spokesperson for AnOther said the photograph was not intended to offend anyone.

"While we recognize the seriousness of this debate, the image in question in no way intends to mimic, trivialise or stereotype any particular ethnic group or culture, as recent reports suggest," the magazine said in a statement. "The image ... is one of a suite of images taken from inside the magazine, presenting Ms. Williams in a series of eight different imaginary characters. All the characters in the story were inspired by multiple fashion and cultural references, characters and eras, as well as by our admiration of Ms. Williams as one of the most respected and talented actresses of her generation. While we dispute the suggestion that the image has a racist subtext in the strongest possible terms, we're mortified to think that anyone would interpret it in this way."

An email to Williams' rep was not immediately returned.

Click here for more on the story from TVGuide.com