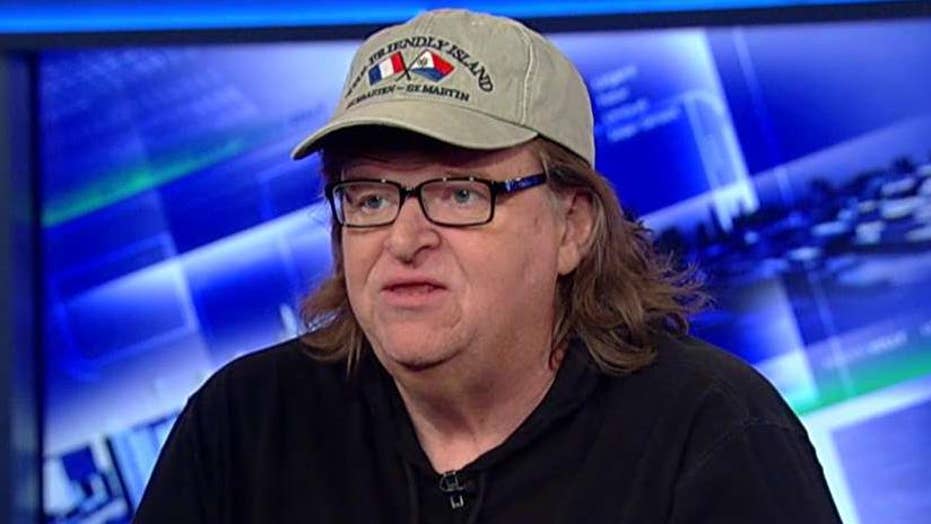 Filmmaker goes on 'The Kelly File' to talk 2016 politics

Michael Moore has been secretly working on Donald Trump film, titled “TrumpLand,” that is set to premiere Tuesday night in New York City.

The Liberal filmmaker announced the existence of the Trump film late Monday night via his social media accounts. Moore labeled the project his “October Surprise.”

The film will be screened at New York’s IFC Center for free at 9:30 p.m. According to the IFC Center’s website it is “the film Ohio Republicans tried to shut down.”

Moore had a run-in last month with Ohio’s Newark’s Midland Theater, which declined to feature his one-man show. Another area theater, in Wilmington, invited him to perform.

The description for “TrumpLand” on the IFC Center website reads: “Oscar-winner Michael Moore dives right into hostile territory with his daring and hilarious one-man show, deep in the heart of TrumpLand in the weeks before the 2016 election.”

Moore wrote on Facebook that he expects “TrumpLand” will hit a wider market soon.

“If you don't live in the NY area, your time for my ‘October Surprise’ is coming very soon.”