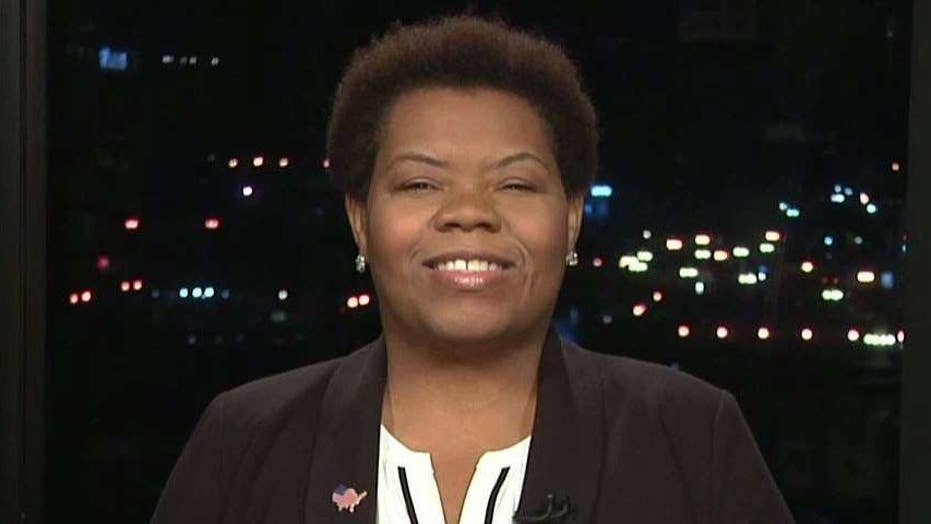 Michael Moore saw Hillary Clinton’s “basket of deplorables” and he raised her a “legal terrorist.”

The controversy-seeking filmmaker used the phrase during a Rolling Stone interview published Friday to describe “any” supporters of Republican presidential nominee Donald Trump. Moore’s metaphor came on the heels of Democrat presidential nominee Clinton saying some Trump supporters fit in a “basket of deplorables,” a comment for which she later apologized.

“[Voters] can go in there and, even though you're not necessarily in favor of Trump and you don't like him that much and you know he's a little crazy, you also know he's going to blow up the system,” Moore said when asked about the turn of phrase. “The system that took your job and house away from you. You get to get back at the system now and blow it up and this is the only day you can do it legally.”

Though Moore was a prominent backer of Vermont Sen. Bernie Sanders during the Democrat primary, it didn’t take him long to switch allegiance to Clinton, the Democrat presidential nominee. Moore’s new film, “Michael Moore in Trumpland,” is less an excoriation of Trump than a love song for Clinton, as the director tells it.

“I wrote a chapter in my very first book 20 years ago called ‘My Forbidden Love for Hillary,’” Moore said. “There's nothing to come around on. I was for Hillary before Hillary was for Hillary.”

As if “legal terrorist” wasn’t a provocative-enough description, Moore also compared Trump to a child molester.

“You have to protect the population from him like you do with a pedophile,” Moore said. “A pedophile doesn’t need to be in prison; they’re sick. They have to be separated from us so they don’t hurt children. But you have to treat it that way.”