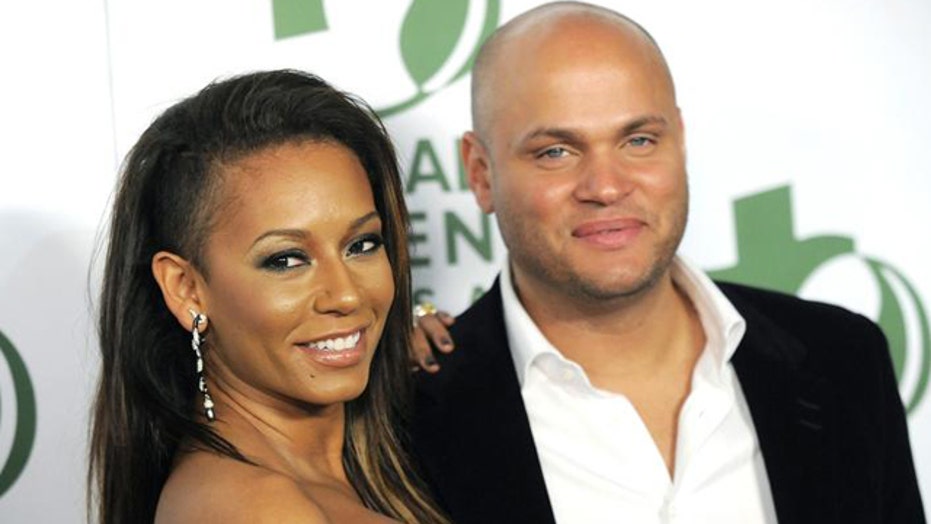 He says he didn’t beat his wife, either

Mel B threw a glass of water over Simon Cowell after he made a crude joke about her wedding night on “America’s Got Talent.”

The Spice Girl — who is currently going through a bitter divorce from her second husband, Stephen Belafonte — stormed off stage, leaving a shocked Cowell soaked.

The trouble started when Cowell, 57, critiqued escape artist Demian Aditya’s performance during Tuesday’s show by saying: “I kind of think it will be like Mel B’s wedding night. A lot of anticipation, not much promise.”

Angry Mel — who debuted new white hair for the evening — poured her mug of water all over Cowell before leaving the panel.

Host Tyra Banks said: “Mel B is out. This is live TV, all. Live TV,” while judge Howie Mandel added: “Something just went wrong.”

Despite the drama, Mel, 43, eventually returned for the remainder of the show but appeared to have ripped her dress in the process.

Mel filed for divorce from Belafonte earlier this year and was granted a restraining order against him.

Click here for more on this story from The Sun.