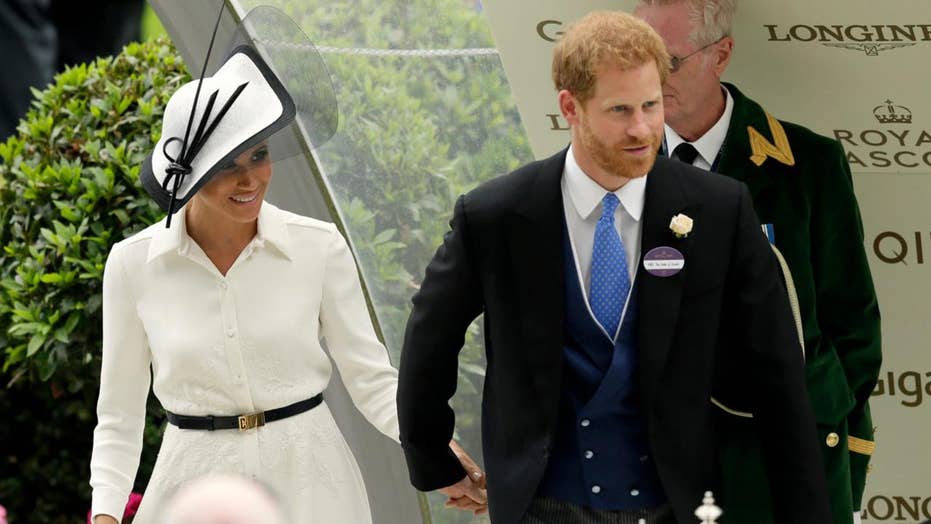 1-month after her royal wedding to Prince Harry, Meghan Markle, the Duchess of Sussex, made her Royal Ascot debut in an elegant white ensemble from her wedding dress designer, Givenchy.

Since her engagement to Prince Harry last November, Meghan Markle has stepped out in approximately $1 million worth of (often bespoke) clothing and accessories, royal expert Katie Nicholl told “Entertainment Tonight.”

Markle’s duo of wedding dresses make up most of that sum, with her custom Givenchy ceremony gown by Clare Waight Keller clocking in at over $440,000 and her Stella McCartney reception look worth more than $157,000.

But the other designer ensembles 36-year-old Markle has worn for public appearances still pack a punch price-wise: The cream-colored Givenchy cape dress she chose for her first solo outing with the Queen cost around $18,000, her pink Carolina Herrera off-the-shoulder top and skirt for the Trooping the Colour ceremony totaled approximately $4,000 and the printed Oscar de la Renta dress she wore to Prince Harry’s cousin’s wedding retails for almost $6,000.

And while Markle may have chipped in to help with the cost of her wedding looks, according to Nicholl it’s Prince Charles who’s been picking up the tab for her “working royal wardrobe” post-nuptials. “Look at the publicity she has brought in run up to the wedding. I’d argue that’s worth every penny,” she told “ET.”

Just don’t be surprised to see Markle recycling some of those royal looks in the months to come, Kate Middleton-style. “When you are buying that sort of couture with those sorts of price tags it would be criminal not to re-wear them,” Nicholl said.