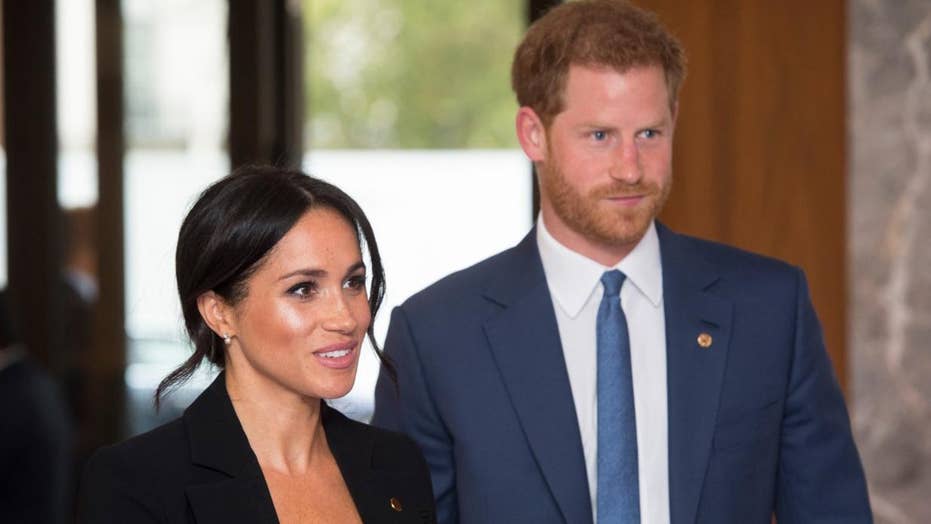 As Prince Harry and Meghan Markle prepare to become parents for the first time there’s no doubt the couple are brushing up on all the royal protocol they must follow after the birth.

But there’s good news for the Duke and Duchess of Sussex — the expectant parents will be much less restricted about which names they can choose for their child.

While there is an unspoken rule that those in line for the throne must name offspring after past kings or other royal ancestors, those not in direct succession have much more freedom.

A perfect example is Sarah Ferguson and Prince Andrew, who did the royal equivalent of naming their daughters Blanket and Apple by choosing the names Beatrice and Eugenie.

“The further down the line of succession, the more likely you are to have a more unique or untraditional name,” Carolyn Harris, author of "Raising Royalty: 1,000 Years of Royal Parenting," told Vogue Australia.

Prince Andrew and his then-wife Sarah Ferguson and their two daughters, Eugenie, bottom left, and Beatrice on February 19, 1999. (AP)

“We see, from the diversity of names among the Queen’s descendants, that the Queen does seem willing to allow the descendants to choose their own names.”

However, there is still one tradition Meghan and Harry are expected to follow — waiting several days to publicly release their baby’s name so they can tell Queen Elizabeth and the rest of the royal family first.

According to royal commentator Victoria Arbiter the reasons for this is so they can celebrate their new arrival in private and check the name is suitable.

“Royals, however, also have to consider the great responsibility in naming a new member of the family and I expect they want to be a hundred percent certain of their choice before announcing the name and sealing the baby’s place in history,” Arbiter told Town and Country.

Despite the more relaxed rules dictating what Meghan and Harry will do, UK bookies are still tipping the couple will pick a traditional royal name.

Britain's Prince Harry and Meghan, Duchess of Sussex smile during a visit to Tupou College in Tonga, Friday, Oct. 26, 2018. (AP)

Victoria, Arthur, Albert, and Diana are hot favorites, as are the names of Harry’s grandparents, Elizabeth and Philip.