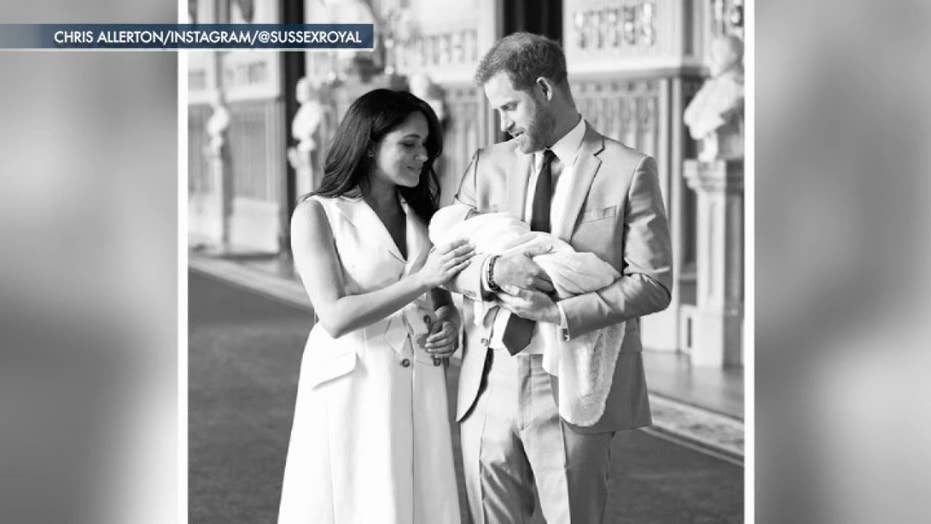 George Clooney may share the same birthday as Meghan Markle and Prince Harry’s son, but he’s not the godfather.

The actor, who turned 58 on Monday, set the record straight Wednesday on whether he is Archie Harrison Mountbatten-Windsor’s godfather after rumors surfaced he would possibly take on the role because of his relationship with the Duke and Duchess of Sussex.

“Everybody loves their rumors. It's not true. You don't want me to be a godparent of anybody. I'm barely a parent at this point. It's frightening,” Clooney told Extra on Wednesday, referring to his nearly 2-year-old twins, Ella and Alexander, with wife Amal Clooney.

Although he won’t be the godfather, Clooney still shares a birthday with the newborn royal, which the actor joked was “kind of irritating.”

“It's kind of irritating if you think about it,” Clooney said. “'Cause I've already had to split it with Orson Welles, Sigmund Freud, and now this comes in. I'm moving down the line very quickly.”

Clooney has been a close friend of Prince Harry and Markle and attended their wedding last May with his wife, who also reportedly went to the duchess’ baby shower in New York City back in February. Clooney has also defended Meghan on several occasions, blasting the media’s "unfair treatment" of the duchess.

"I think it's a little unfair," Clooney told "Good Morning Britain" in March. "I've seen it when the press can turn on you for a sort of ridiculous reasons and for almost nothing and it seemed to be a little unjust since she hadn't done anything except just happen to live her life."

On Tuesday, the "Up in the Air" star told The Associated Press he hoped the media would be kinder to Meghan now that she's a mother.

"I think people should be a little kinder. She's a young woman who just had a baby, you know?" Clooney said.

The world got a glimpse of baby Archie on Wednesday — two days after Meghan gave birth to the 7-pound, 3-ounce child. Photos showed the couple introducing Archie to Queen Elizabeth and Prince Philip with Meghan’s mother, Doria Ragland, standing next to them.