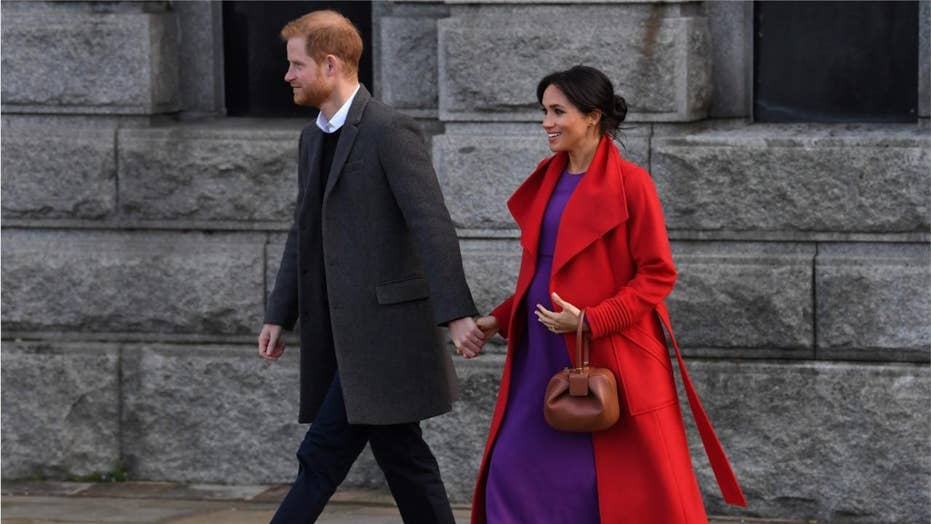 Meghan Markle gave fans more insight about her pregnancy during her first joint engagement of the year with Prince Harry telling some her due date is in late April or early May.

Meghan Markle may be part of the royal family now, but a movie she filmed prior to marrying Prince Harry will make its way to North American theaters after being bought by a distributor.

Markle appears in “The Boys and Girls Guide to Getting Down,” a comedy from Paul Sapiano about twenty-something singles and the lifestyle of clubbing and partying in Los Angeles that was filmed in 2010.

According to The Hollywood Reporter, Artist Rights Distribution has purchased the film for North American distribution, meaning Markle could return as an actress to American screens.

MEGHAN MARKLE HAD BRITISH SECURITY WITH HER ON 'SUITS' SET, SAYS CO-STAR

According to Entertainment Tonight, Markle plays a girl named Dana in the comedy, which is described as, “funny and somewhat outrageous.” It promises to give singles tips on “how to approach potential hook-ups, avoid undesirables and basically have a good time without completely destroying yourself.”

Markle has found herself doing her best to adhere to the traditional decorum rules of the royal family. However, it’s unclear what the reception to will be of her past foray into acting prior to landing her trademark role as Rachel Zane on USA Network’s “Suits.”

As previously reported, Markle left the drama series in Season 7 along with co-star Patrick J. Adams, who played her on-screen love interest on the show. Despite the loss of two of its principal stars, “Suits” was recently renewed for an eighth and final season at the network as well as having a spinoff series in development.