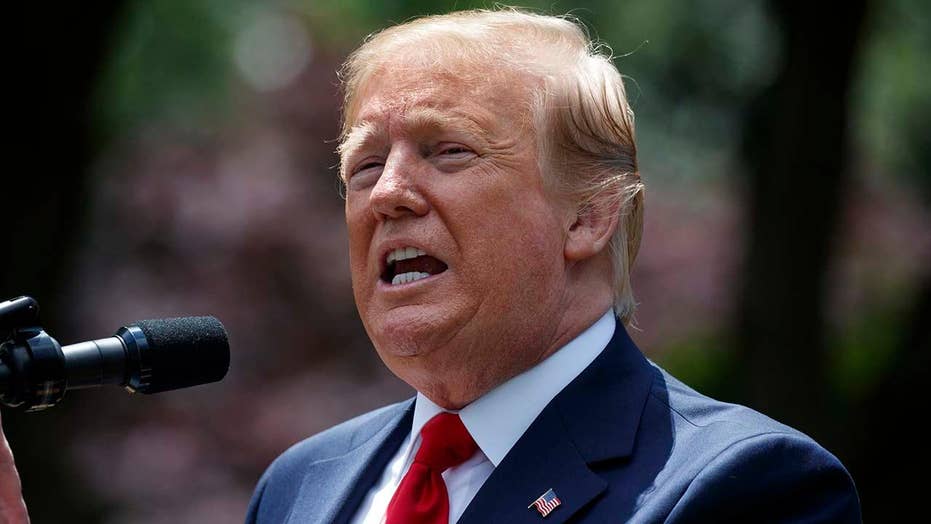 With the Mueller probe complete, many members of the mainstream media have pivoted to expressing fears that President Trump will refuse to leave office if he is defeated in 2020.

Trump helped troll the media himself when he recently retweeted Jerry Falwell Jr., who wrote, presumably in jest: "I now support reparations-Trump should have 2 yrs added to his 1st term as pay back [sic] for time stolen by this corrupt failed coup."

“No one can regard that as a serious suggestion, but it sure has the Trump detractors up in arms,” Fox News’ Howard Kurtz wrote.

While Kurtz was among the many who didn’t think much of the tweet, mainstream media members used it to fuel their concerns that Trump will actually refuse to give up power.

MSNBC’s Joy Reid speculated on Sunday that Trump “doesn’t have any intention of committing to a peaceful transition of power,” while CNN’s editor-at-large Chris Cillizza was ridiculed Monday after tweeting a link to a fictional column he wrote about what would happen if Trump “refuses to admit” he loses in 2020. New York magazine even published a piece headlined, “How Worried Should Democrats Be That Trump Won’t Concede?”

CNN and MSNBC devoted segments to the topic – which were quickly picked up by watchdogs. MSNBC’s John Heilemann asked, “It seems psychotic to have to ask this question, but do you think Trump, in his mind somewhere, thinks he’s owed two more years?” Over on CNN, biographer Michael D’Antonio suggested Trump will try to “cook up” some reason to stay in office.

Athey pointed to Hillary Clinton recently claiming that the 2016 election was "stolen" from her, while former Georgia gubernatorial candidate Stacey Abrams still refuses to concede the 2018 election.

“Surely those are more obvious threats to democracy than fantasy conspiracies about the president,” Athey said.

“Even now, Hillary Clinton can't accept she lost,” Gainor said. “Then in 2018 more Democrats refused to accept their losses. Still, the media put forth this fraud about Trump.”

“If we win by four seats, by a thousand votes each, he’s not going to respect the election,” she told The New York Times last week. “He would poison the public mind. He would challenge each of the races. He would say you can’t seat these people.”

Gainor asked, “Why aren't they asking about Pelosi's mental state?” 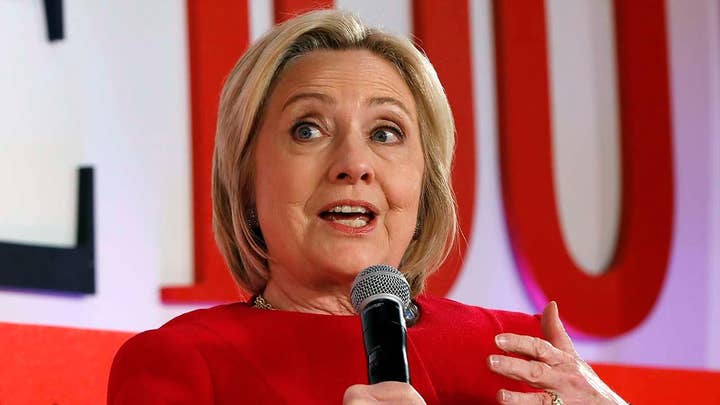 The Washington Post added, “Two more years? Trump’s retweet sets off a furor over the idea of bonus time" as a tweet and the Pelosi comment resulted in media hysteria.

DePauw University professor and media critic Jeffrey McCall told Fox News it’s “totally unnecessary for the news media to take a hair-on-fire approach to this notion that Trump won't leave if defeated in the 2020 election” and said Pelosi’s rumination is the only flimsy basis for the fears.

“But Pelosi's utterance is based on her political posturing and comes with no stated evidence to support her concern. News outlets that push this totally speculative notion are allowing Pelosi to manipulate the news agenda,” McCall said. “That Pelosi is raising this prospect might have limited news value, but only if the story is covered with sufficient qualifiers to put her unsupported fears in context.”

Despite the backlash, it appears that the storyline isn’t going away anytime soon. The Independent explored on Tuesday what would happen if Trump physically refused to leave the White House.

“The US constitution makes no mention of how a president should be removed if they lose an election and refuse to hand over power to their opponent. So, it is hard to say if anyone would have the appetite to send the FBI, or navy seals, or whatever law enforcement agency, storming into the West Wing to arrest a recently defeated Donald Trump,” the paper’s Clark Mindock wrote.