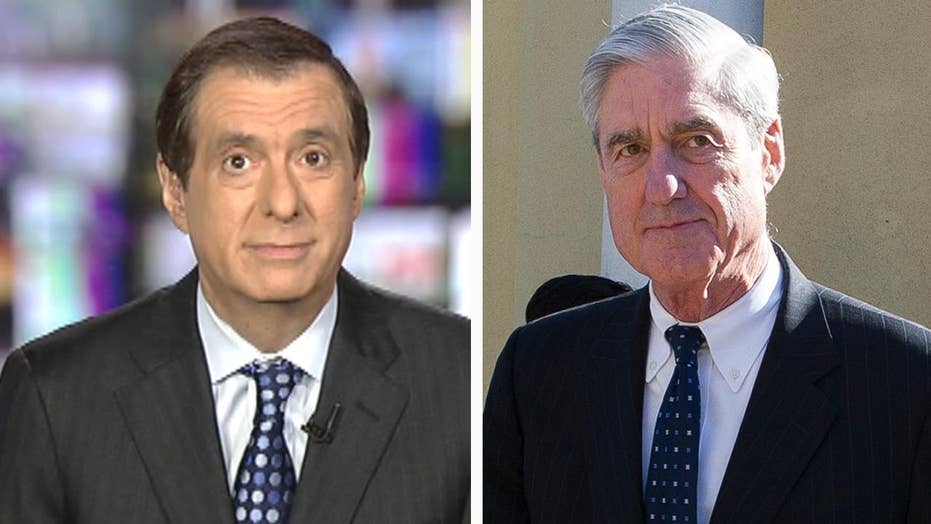 It dawned on me during the latest media barrage over the Russia investigation that most news organizations are back to exactly where they were when Bob Mueller revealed that no charges would be brought against President Trump.

The subject still dominates cable news, the front pages, and the opinion pages; the obsession with what the president did or didn’t do as strong as ever — that is, unless the press is momentarily diverted by Trump giving Tiger Woods the Medal of Freedom or decrying the outcome at the Kentucky Derby.

There was a brief moment, you'll recall, when many urged the press to reflect on whether its coverage of the two-year Mueller probe was too overwrought and overhyped. After all, the special counsel found no criminal evidence of collusion with Russia, as Trump had said a million times, and declined to recommend charges on possible obstruction of justice.

But news organizations defended their coverage and plunged right into the next chapter. They turned their firepower on the attorney general, asking legitimate questions about whether he was shilling for his boss — especially after Mueller's leaked letter of complaint — while somehow turning him into Public Enemy No. 2. Now, with Jerry Nadler scheduling a contempt vote for tomorrow, many pundits are demanding that Barr be tarred, feathered and run out of town.

IMPRISONING BARR IS LEFT'S NEW RALLYING CRY: 'HAVE HIM LOCKED UP'

The longest running political show of the Trump era still airs without interruption. It's almost as if there's a business model that requires a continued cacophony that plays to a largely anti-Trump audience.

But not all of this can be laid at the media's doorstep.

The president is also making sure that the Mueller investigation and related matters stay at the forefront of the news.

For starters, there was his reversal on the special counsel appearing before a House committee. After a $35 million investigation, Trump tweeted, "Bob Mueller should not testify. No redos for the Dems!"

Of course, just because Mueller (who'll soon be a private citizen) has completed his work for the Justice Department doesn't mean Congress doesn't get to perform its oversight function; that's not a re-do. And if the president feels exonerated, why worry about what Mueller will say?

Rep. Doug Collins says Robert Mueller will testify as to what is in his report: no collusion

If Democrats would read Robert Mueller's report, they will find there was collusion, no charge of obstruction and that's what the special counsel will testify to, says Georgia Congressman Doug Collins, ranking member of the House Judiciary Committee.

This guarantees a high-profile battle over whether the man who has remained conspicuously silent will appear.

The same could be said for Barr's refusal to give the Hill a less redacted version of the report and balking at testifying last week. The AG wouldn't be doing this without the president's consent.

Trump's constant demands for a counter-investigation of Mueller's probe, the original FISA warrants, the Steele dossier and more are also fueling the coverage.

"ALL THE CRIMES ARE ON THE OTHER SIDE," he tweeted yesterday, "and that's what the Dems should be looking at, but they won't. Nevertheless, the tables are turning!"

Finally, Trump is trolling his critics (in my view) by saying that despite his success on the economy and other issues, "they have stolen two years of my (our) Presidency (Collusion Delusion) that we will never be able to get back."

This might have been dismissed as mere venting until the president retweeted Jerry Falwell Jr. as saying: "I now support reparations-Trump should have 2 yrs added to his 1st term as pay back [sic] for time stolen by this corrupt failed coup."

No one can regard that as a serious suggestion, but it sure has the Trump detractors up in arms. And it follows Nancy Pelosi telling The New York Times, without evidence, that she fears Trump may contest a Democratic victory in 2020 unless the margin is quite big.

No wonder both sides remain fixated on the subject. No wonder so many camera crews showed up in Manhattan yesterday as Michael Cohen, saying the truth will come out, went off to prison.

The media and the president are both invested in keeping the melodrama going, each for their own reasons. And that means our long national nightmare is not over, not by a long shot.