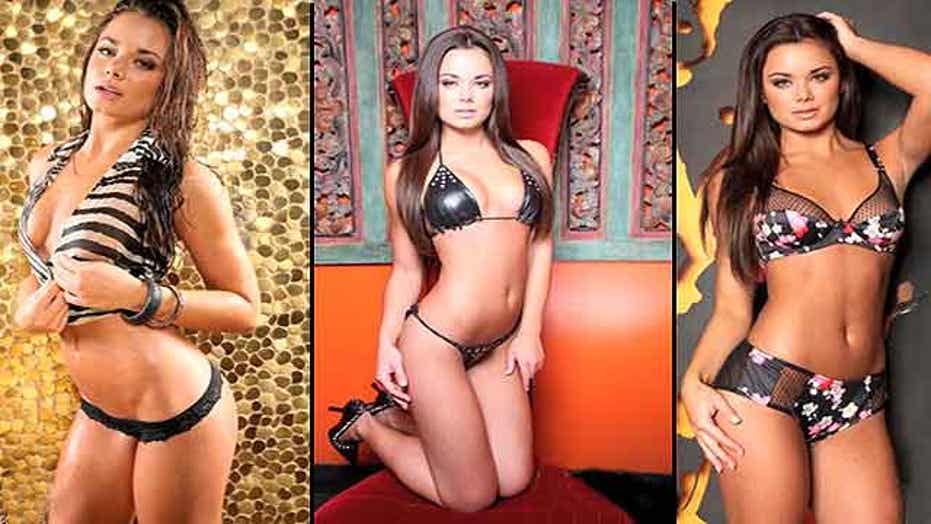 Maxim magazine picks the sexiest girl next door every year. And this year the honor goes to...

NEW YORK – Aspiring models across the country submitted photos of themselves in bikinis, lingerie and less in the annual Maxim Magazine Hometown Hottie contest.

“Every year Maxim puts out the call that we’re looking to find the most beautiful girl next door in America and every year thousands and thousands and thousands of women submit their photos," Maxim Editor-in-chief  Dan Bova told FOX411's In the Zone. "We cull it down to the top 1,000, and it goes online, and it becomes a voting thing where Maxim readers can go in and pick their favorite. We go from a thousand down to a hundred to the top 10, down to number one. Who is ...”

When Maxim came to her door to announce the great news with cameras in tow, Mitcheson could not contain her excitement.

“I wasn’t expecting it at all," Mitcheson told us. "It was awesome."

As an aspiring model, becoming a Maxim Hometown Hottie was Mitcheson’s number one goal.

“I knew a lot of the girls who had done it in the past, and Maxim has always been something that I’ve always wanted to do since I started modeling about 2 ½ years ago," she said. "So as soon as I turned 21, I said I’m entering, who knows what’s gonna happen, but I’m doing it.”

Choosing the Hometown Hottie winner was no easy task. Bova said it was Mitcheson’s humble roots that made her stick out.

“The great thing about Dessie is she really is a small town girl. We flew to Pittsburgh ... and drove through the country, over hills, through the valleys and came to this really tiny, very cute town called Apollo in the middle of Pennsylvania,” said Bova.

The small town girl says she can't wait to fulfill her duties as the Hometown Hotties Winner. And she'll have one of the best years of her life if Maxim has anything to do with it.

"She’ll be doing the red carpet at our Super Bowl party ... our Hot 100 party. She’ll be representing us at all the big events we do,” said Bova.

To see more of Mitcheson, click to her pics on FOX411.