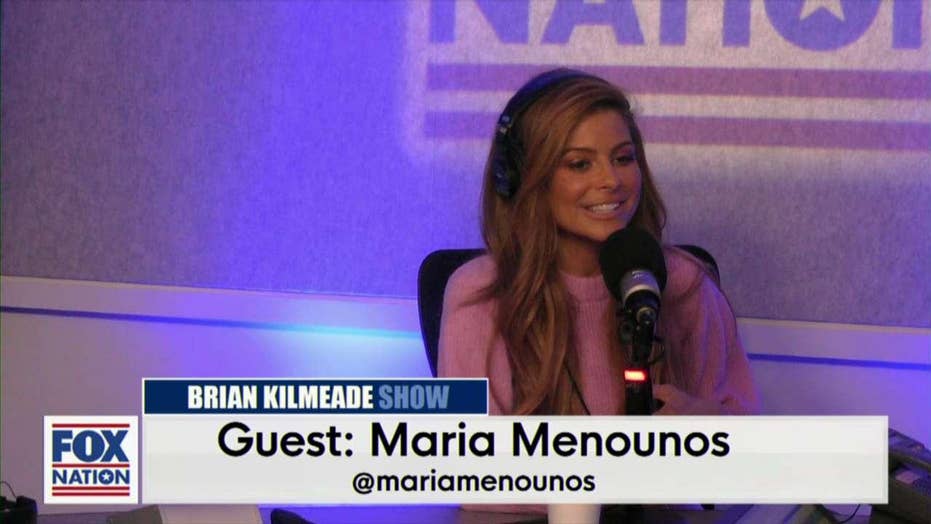 Maria Menounos sat down with Brian Kilmeade, co-host of "Fox & Friends," to discuss her career and learning she had a brain tumor at the same time her mother was battling stage 4 brain cancer.

“My mom was diagnosed almost three years ago in August and about eight months later I was diagnosed. And so we both had brain surgeries within a year of each other. Within the same year,” Menounos told Kilmeade during a Fox News Radio interview.

Menounos, 40, a TV and Sirius XM radio host, revealed in 2017 that she had a golf ball-size brain tumor; she had surgery to remove the ultimately benign growth.

MARIA MENOUNOS OPENS UP ABOUT HER BRAIN TUMOR, SAYS HEALTH ORDEAL WAS 'A BLESSING'

When Kilmeade asked her if she'd been getting headaches, she said that was indeed the case. “I was running so hard and I was doing a million things and doing a million jobs, and then on top of it, I’m a female so I have to be perfect at everything and my hair has to be perfect, and my nails have to be perfect, and I have to send the flowers, and I got to plan the vacations and I got to do everything as all women who are listening to this know,” said Menounos, an Emmy-winning journalist and New York Times best-selling author.

In short, she said, she wasn’t listening to her body. “Anytime my body would scream and make noises, I’d be like, ‘Shut up body, I’m busy. I got to get to another job,’” she said.

“I was getting headaches, my vision was going a little blurry, I started slurring my speech, which actually had nothing to do with my tumor. But I swear, God made these things happen loudly so that I would see what was happening and I diagnosed myself.”

She told Kilmeade she went to a new doctor at UCLA and told him she first thought she had an ear infection because she was experiencing ear pain. She recalled that he dug deeper, asking her what else she was feeling.

“As I listed the symptoms, I said, ‘Oh my God, I think I have a brain tumor like my mom, but I know you are going to think I’m crazy.’ And he goes, ‘No, let’s get an MRI and get it checked.’ And then, lo and behold, I had it,” said Menounos.

She said she had to hide the situation from her parents for a few months because she didn’t want to overwhelm them. “At that point, we had heard that my mom’s tumor was growing and it was a really dangerous time and really scary,” said Menounos, adding that she told her parents about her diagnosis just two nights before surgery.

"We don’t have to do it all. We don’t all have to be billionaires and have yachts and aspire for all of that. Yes, that would be great. I would love to have more success in my life, but not at the expense of my health and my happiness.”