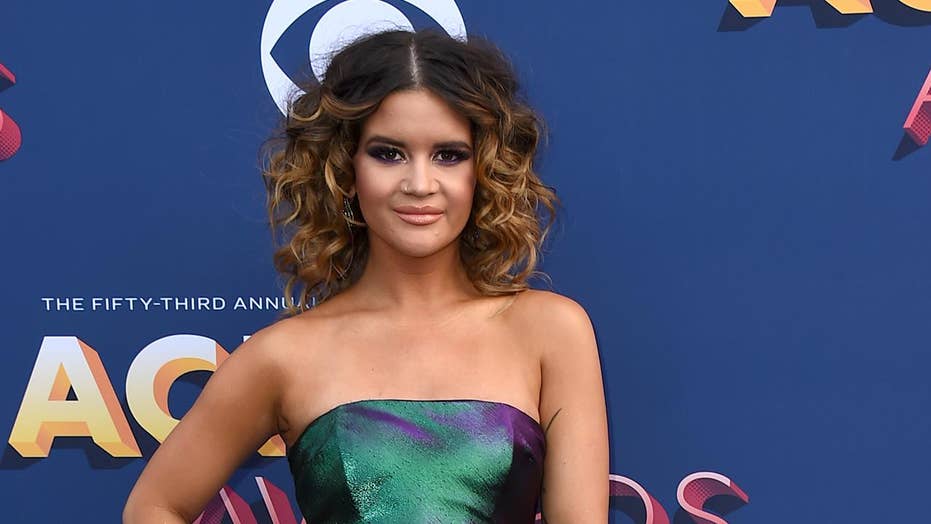 LAS VEGAS – Fox News caught up with country star Maren Morris and talked about her catchy new tune "Rich." The singer opened up about disregarding genre limits, tying the knot last month with singer/songwriter Ryan Hurd and her next album.

Fox News: Why is it important to you to not be confined to a single genre?
Maren Morris: I think that's the direction that music is turning now, it's very genre-less, it's boundless. And the thing is, people act like it's just now happening, but I talk to people like Emmylou Harris and Vince Gill, who have all...done crossover songs with people and genre-blurred. So you know, it's so cool to see people like [Chris] Stapleton and [Florida Georgia Line] and me be a part of the pop chart and if a good song is a good song who cares what genre it is? So I feel so excited to be able to do what I do but also on the side get to have these amazing realms of creative freedom in other genres too. But you know, at the end of the day it's like, I'm a Texas girl. I moved to Nashville to write country music and I think that's where my roots lie and will always lie but I think it's fun to try on different hats every once in a while.

Fox News: What's it like being married to a fellow country artist?
Morris: I don't think it's necessary that...if you're an artist to date someone in the industry, but just personally I've done both. I've dated someone that didn't know anything about what I was doing and then Ryan [Hurd] completely understands the everyday highs and lows of being in this kind of business are so he gets it. And he's just been so supportive and...he's my cheerleader even in the days where I get like, too in my head...I'm about to record my second album that's a really exciting and stressful time because it's a big deal and he keeps me straight and we're just so happy to be married now and we've got our dogs waiting at home for us so it's a good life.

Fox News: What can you tell us about your upcoming album?
Morris: I think [it's] much more positive...Not that "Hero" was a negative album, but I was going through a breakup at the time so that's kind of where my headspace was when I put it out. This one, you know, I fell in love during all the writing processes of this record. So a lot more love songs... it's more grown up and yeah, I've just been putting in fake track lists in my head of all the songs that I've written and it's so exciting because it's like switching things around and there's so many different facets of the sound so it's country, it's R&B, but you know it's just a couple years later in my life than the last one.