Actress Lori Loughlin and her husband Mossimo Giannulli are charged with paying $500,000 in bribes to get their daughters admitted to the University of Southern California as crew recruits.

After reportedly rejecting a plea deal for the fraud charges she’s currently facing in the wildly publicized college admissions scandal, Lori Loughlin pleaded not guilty on Monday to the two charges against her -- a move many say was her only play.

“She can enter a plea of guilty or not guilty, I mean her options are limited. It’s that simple,” California-based attorney Lara Yeretsian told Fox News on Monday. “Since she doesn’t have a negotiated plea, her only remaining option would have been not guilty. She’s not going to go and say I’m guilty if she doesn’t have a negotiated plea in place that she’s happy with.”

Former New York State prosecutor Adam Citron echoed the sentiments of Yeretsian that Loughlin’s only move at this juncture was to enter a plea of not guilty, adding that once the “Fuller House” actress turned her nose at the initial offer, it was the prosecution’s duty to bring forth an indictment.

“This was totally expected and normal operating procedure. Once Loughlin rejected the initial pre-indictment plea offer, and the prosecutor went forward and secured a formal indictment, procedure requires a formal arraignment on the indictment,” Citron explained to Fox News on Monday.

“Loughlin’s plea of not guilty was expected and again procedural in nature. It in no way signals that she will not later decide to take a plea deal and plead guilty. This plea of not guilty in no way forecloses her from later accepting a plea offer and pleading guilty. That being said, one must be offered by the prosecution. To that end, this not guilty plea does not foreclose her, through her attorneys, from attempting to negotiate a post-indictment plea arrangement with the prosecution.” 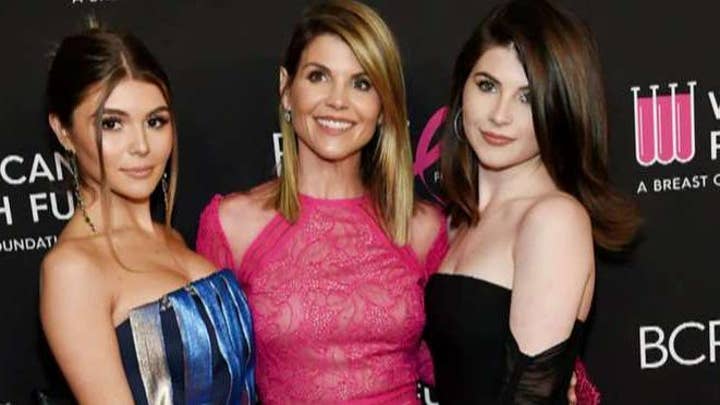 Furthermore, Yeretsian believes Loughlin is under pressure to reach a plea agreement now more than ever since she was hit with an additional charge for money laundering last week and is now facing 40 years behind bars.

“It’s all in the hands of the two parties – which is the prosecution and her defense lawyer. Clearly, there’s a lot more pressure on her at this point to cut a plea,” said Yeretsian. “She was in a better place initially with just the one charge of mail fraud that she was looking at, but since nothing happened they must have been at an impasse with the prosecution asking her being stuck in a certain guideline range where she was probably looking at real time in custody, and I’m guessing that was the issue. But now it’s worse because she’s looking at more time, unfortunately for her. 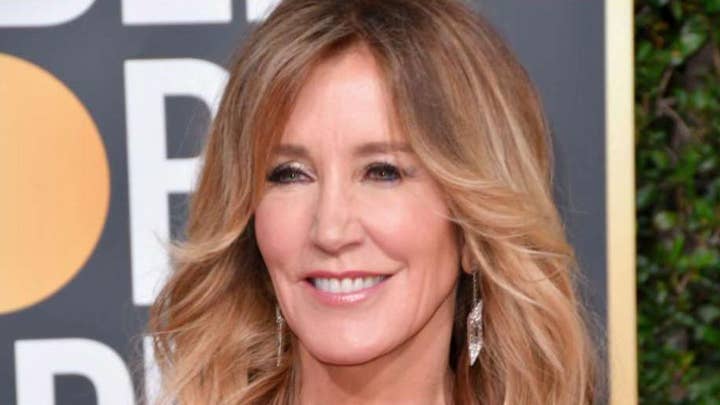 “They could still agree to allow her to plead to the first original count, and some of the points she could get for adjustments, for her role in the offense – being a minor role in the overall conspiracy, and acceptance of responsibility – they could potentially get her where she was originally, which was in the 21 to 27-month range.”

She continued: “All we’ve heard about her have been good things and I know of at least one, possibly two of her actress colleagues have come out in her support. So clearly, this was just aberrant behavior on her part,” Yeretsian explained.

The super lawyer noted that Loughlin's lack of criminal history and community involvement could serve as a factor in determining her punishment at any sentencing and indicated that any decision is essentially at the judge's discretion.

“As a human being, she comes across as a good person and I’m sure there’s plenty of community work that she’s done – and what she has done, despite how some people have reacted to it – it really was all about her children and she’s not doing anything malicious or trying to hurt somebody. So I think a lot of this will factor in even at sentencing, even if she ends up being in the guideline range, she could end up getting something less than that, even potential electronic monitoring. It’s all really, in the end, up to the judge.”

This April 3, 2019 file photo shows actress Felicity Huffman arriving at federal court in Boston to face charges in a nationwide college admissions bribery scandal. Huffman is facing a prison sentence after agreeing Monday to plead guilty to one count of conspiracy and fraud for paying a consultant $15,000 disguised as a charitable donation to boost her daughter’s SAT score. Prosecutors are seeking four to 10 months of confinement, and experts differ on whether the plea, and Huffman’s subsequent apology taking full responsibility for her actions, will lead to a career rebound or retreat. (AP Photo/Charles Krupa, File)

Loughlin’s fashion designer husband Mossimo Giannulli also has yet to admit any guilt. Meanwhile, the other celebrity mom involved — Felicity Huffman — has already agreed to plead guilty to one count of conspiracy to commit mail fraud.

"I am in full acceptance of my guilt, and with deep regret and shame over what I have done, I accept full responsibility for my actions and will accept the consequences that stem from those actions," Huffman's statement, which was released last week, read.

Citron also maintains “We are still a long way from a trial. Formal Discovery must take place, pre-trial motions and hearings must be had before a trial is conducted.”