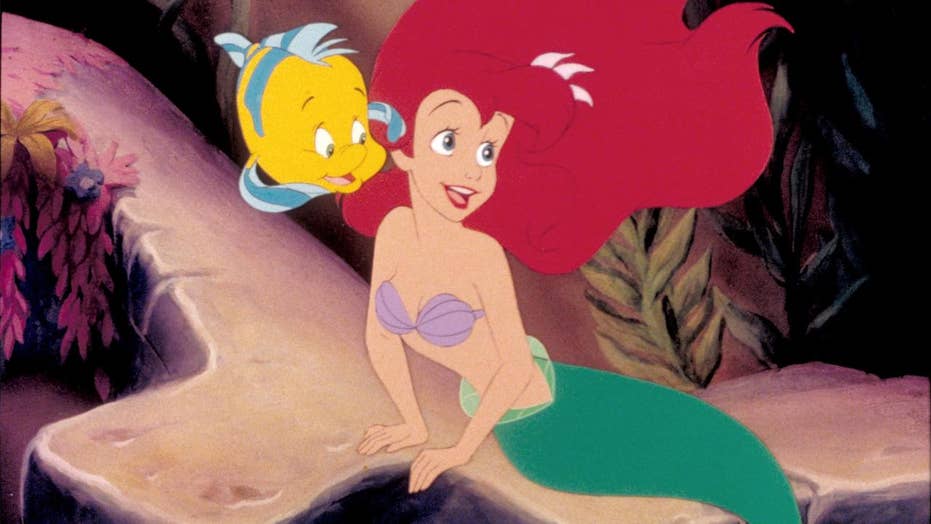 ‘Little Mermaid’ star Jodi Benson explains how she became the voice of Ariel: ‘So thankful to God’

Jodi Benson said she had to find her voice before becoming one of the most iconic princesses in Disney history.

The 57-year-old actress and singer, best recognized for voicing Ariel in 1989’s “The Little Mermaid,” is currently celebrating the movie's 30th anniversary. Reflecting on the Oscar-winning animated film’s lasting success, Benson said it wasn’t so simple to sound like a 16-year-old siren.

“I went to the ladies room before my name was called, and I made sure that the stalls were empty and nobody was there,” Benson told Fox News about her life-changing audition in New York City for the iconic role. “I went up into the mirror, grabbed my little script, and started to talk to myself because I had never been behind a mic. I’d never done animation. I didn’t know what I was doing. I just started talking, like, ‘What would she sound like?’ ‘How am I going to pull off that I’m 16?’ I just raised my voice a little bit, added a little bit of something raspy into it, and then ran out the hall.”

At the time, Benson had just appeared in an ill-fated Broadway musical called “Smile,” which only ran about seven weeks. According to Benson, playwright and lyricist Howard Ashman, who was working on the score for the movie, “felt sorry for all the girls” involved in the show and allowed them to audition in a rehearsal studio where they were given a couple of pages of dialogue and a cassette tape of him singing “Part of Your World.”

Benson learned she got the part — a year later.

“I had forgotten that I had auditioned for it,” she admitted. “I got the call saying I had been cast as Ariel, and ever since then, it’s been an incredible journey.”

Actress Jodi Benson posing in front of an ocean scene backdrop as the voice of the mermaid Ariel for the movie "The Little Mermaid. " (Getty)

“The Little Mermaid,” based on Hans Christian Anderson’s fairy tale composed in 1837, told the tale of a headstrong, fiery-haired young mermaid who yearns for more than what her life under the sea could offer. Along the way, she falls in love with a human, who happens to be a prince.

The film, which featured Disney’s newest princess since Aurora in 1959’s “Sleeping Beauty,” premiered on Nov. 15, 1989. It became an instant box office sensation and launched the “Disney Renaissance,” the decade between 1989 until 1999 when Walt Disney Animation Studios created critically and commercially successful animated films. “The Little Mermaid” also featured the element of a Broadway musical, an ambitious move at the time.

Benson shared “The Little Mermaid” is the last hand-painted, hand-drawn animated feature film for Walt Disney Studios in its entirety.

But voicing Ariel had its own set of challenges.

Jodi Benson is famously recognized as the voice of Ariel in "The Little Mermaid." — Disney

“It was hard for me not to hit the microphone with my hands because I’m Italian and I use my hands a lot, so I found myself hitting the mic,” chuckled Benson. “We’d get a perfect take, and then I’d hit the mic at the end, and they’d be like, ‘Take two. Let’s try that again.’ Those things were hard for me.”

“It was really hard for me to not sing too much because I have a bigger voice and I’m used to filling an auditorium with 2,500-5,000 seats without a mic. SO I would have this huge voice, and they’d be like, ‘OK, you really need to make it smaller, simpler, as if [the character] Flounder is right next to you as opposed to 3,000 seats away from you.’ i sang too much. I had too much of a big sound going on. How kept saying, ‘Less. Just less. Just tell us the story.’”

After filming, Benson had planned on returning to Broadway. However, she was quickly swept away on a back-to-back press tour across the country. She met many characters along the way who fiercely loved “The Little Mermaid.”

“Well, there is a tattooed man,” explained Benson. “He’s called the tattoo man. His entire body is tattooed. I was walking down Main Street at Disney World. This would have been several years ago. He walked up to me and said, ‘Would you sign my Ariel tattoo?’ I can’t remember exactly the placement of the tattoo, but it was a little uncomfortable. … I’m like, ‘Oh gosh, please don’t drop your drawers.’ But I was a little taken aback by signing his body. I felt like that was a little interesting.”

“The sweetest thing about kids is when they come up and want an autograph…. they don’t always believe that I am Ariel, so I have to do the voice for them,” Benson continued. “I’ll do the voice for them, and then their eyes will get really big. But then they look down at my feet. Immediately, it’s like, ‘Where are the fins? This doesn’t make any sense.’ They look back up at me. It’s very sweet…. I love getting to meet the kids. I love when they come in their costumes.”

Benson’s work as Ariel has never stopped since 1989. From toys to games and more, Benson continues to voice Ariel. The character even made an appearance in “Ralph Breaks the Internet,” along with all the other Disney princesses. It’s nominated for Animated Feature Film at this year’s Academy Awards.

“It was really fun to take this opportunity to do ‘Ralph Breaks the Internet’ with all the princesses,” said Benson. “Because you take all the princesses out of their natural habitat, out of their natural realm of where you know them, you mix them up together, and you have this opportunity for them to interact with each other and become very real and authentic characters. I think that gave them a sense of realism. I think it’s helping the audience to be able to connect to these princesses even more so that they’re real people.”

“Every time I sing the song, I know exactly where I was standing in the studio,” said Benson. “And for me, that memory is very fresh as far as a memory recall. It’s a special thing, and I’m so grateful." (Getty)

Benson said that 30 years later, there are still many life lessons audiences can learn from Ariel, who is far from a damsel in distress.

“For me personally, I feel like what I have brought to the character of Ariel – as far as different traits and qualities about her – are her tenacity, her determination, her motivation, the ability to think outside the box, the ability to dream and reach for the impossible,” said Benson. “These are the kinds of qualities that I feel like I’ve given to Ariel, and my hope for children is to realize that you do have dreams.

“They may seem impossible, but you need to step out and go for that. You need to be tenacious. You need to have that tenacity to keep striving and stepping forward even when it looks like their blockades in front of you. Even though it may look like it doesn’t make sense.”

Benson happily meets with fans, especially children, who are discovering “The Little Mermaid” for the first time. While it was initially an unlikely role for her, it’s one she has zero regrets in bringing to life behind a mic.

“Every time I sing the song, I know exactly where I was standing in the studio,” said Benson. “And for me, that memory is still very fresh... It’s a special thing, and I’m so grateful. So thankful to God that I get this opportunity to be a part of history and to be part of the legacy for our film and this character.”

Disney’s "The Little Mermaid" 30th Anniversary Edition is currently available on digital and coming to 4K Ultra HD and Blu-ray on Feb. 26.