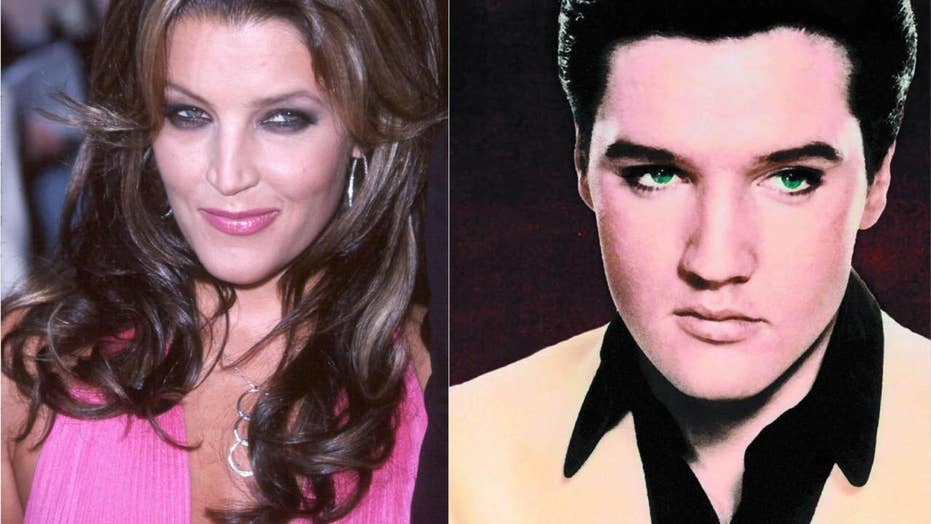 Lisa Marie Presley is grateful to be alive.

In a new essay she wrote for the forward of the book, "The United States of Opioids: A Prescription for Liberating a Nation in Pain" by Harry Nelson, the 51-year-old singer-songwriter opens up about her struggle with addiction to "opioids and painkillers."

She describes the dangers of prescription drug use and how quickly she became dependent on painkillers after her twin daughters were born in 2008.

"You may read this and wonder how, after losing people close to me, I also fell prey to opioids," Presley explained in an excerpt published by Yahoo on Wednesday. Presley's likely referring to her father, musician Elvis Presley, and second husband, musician Michael Jackson, who both reportedly suffered from addiction.

Presley goes on to explain how her addiction started: "I was recovering after the [2008] birth of my daughters, Vivienne and Finley, when a doctor prescribed me opioids for pain. It only took a short-term prescription of opioids in the hospital for me to feel the need to keep taking them."

She said that overcoming the addiction was "a difficult path" and that afterward, she had "to put my life back together."

The reason for writing about it publicly now? Presley said that recently, "I have seen too many people I loved struggle with addiction and die tragically from this epidemic."

The mother-of-four believes the only way to overcome addiction is to "say goodbye to shame" about the disease. "We have to stop blaming and judging ourselves and the people around us... That starts with sharing our stories," she wrote.

"Across America and the world, people are dying in mind-boggling numbers because of opioid and other drug overdoses. Many more people are suffering silently, addicted to opioids and other substances."

"I am writing this in the hope that I can play a small part in focusing attention on this terrible crisis," she continued. "I experienced firsthand how hard it is to cut through all of the bad information out there to get help. We all need to educate ourselves and the people around us on the dangers of opioids and other drugs, and understand what we can do to keep ourselves and the people we love safe.... Acknowledging that we are all at risk is not a measure of weakness, but of honesty."

Presley concluded her essay by noting that she's both “grateful to be alive today” and to also have "four beautiful children" who've given her  "a sense of purpose that has carried" her "through dark times.”

Presley's issues with addiction first came to light during her divorce from fourth husband, Michael Lockwood. During a 2017 deposition obtained by Radar Online, Presley admitted that she went to rehab several times while they were married.

"I was a mess. I couldn’t stop,” the star said. “The last year of our marriage. I was abusing cocaine terribly." Presley also admitted to mixing pills and alcohol during the last two years of their marriage. As a result, she temporarily lost custody of her twins.

While making an appearance on "Today" in August 2018, she acknowledged her addiction and said her issues started at age 45.