Olympic medalist Lindsey Vonn is tackling her biggest hill yet. The athlete recently opened up about embracing retirement and said that she has now come to terms with ending her career as an alpine skier.

Vonn announced this month that she will officially retire from the competitive sport after the 2018-2019 season. The famous athlete had previously expressed that while she already holds the women's record for the most World Cup wins, she has come to the realization that trying to achieve her end-of-career goal of beating Ingemar Stenmark’s World Cup record may not happen.

“I have been saying the past few years that I’ll keep skiing until I break the record, but I’ve come to the realization that my career is not the sum of this record,” Vonn told People in New York City on Wednesday. The skier currently holds the women's record for 82 World Cup wins and she was hoping to beat Stenmark's 86 wins before retirement.

“I’ve long surpassed the women’s World Cup record and I’ve done things in ski racing that no one’s ever done before, and I’m proud of that and what I’ve accomplished as a whole, and I don’t necessarily need this record to solidify anything or prove anything to myself or anybody else,” she said.

The 34-year-old admitted that forgoing the idea of beating Stenmark's World Cup record will also allow her to just enjoy her last season.

“I think it would be incredible, but I’m proud of myself no matter what. And just knowing that gives me peace of mind and makes it a lot less nerve-wracking. I’m just gonna enjoy this season and not think about the record and try to win like I always do, but really enjoy every stop on the tour," Vonn explained.

The athlete also expressed that while she wishes she could continue skiing, she has accepted the fact that she "just physically can’t," especially after years of injuries that have included five major surgeries.

“I have to accept that and I have and I’m at peace with it, and I’m happy with my decision,” the three-time Olympic medalist said. “I’m excited for the next chapter. I really am optimistic and excited, and I think the next chapter is gonna be more exciting than what I’ve done so far. There’s a lot of opportunity out there and I’m looking forward to the next chapter.” 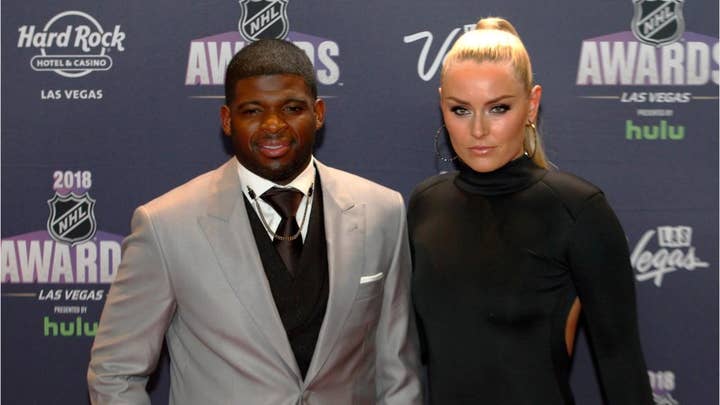 And while she is excited for the "next chapter" of her life, she admitted that she wasn't quite sure what that will be yet.

“I think initially when I was thinking about it, I was nervous because all I’ve known and all I’ve focused on my whole life has been skiing, so to think about something else as my main focus is weird, to say the least,” she revealed. “I just know that I’ll work hard at whatever it is I decide to do, and with that work ethic, I can be successful. That in itself makes me not as nervous, but it’s obviously an interesting transition.”

But when the athlete isn't busy training, Vonn said that she enjoys spending time with her boyfriend, Nashville Predators’ P.K. Subban. The star opened up about her relationship with the hockey player and said, "We go to dinner. We have our little spots in Nashville, and we do a drink at one spot, and then dinner at another, and then finish with ice cream at another spot."

She continued, “Or else we go home at watch Law & Order and have ice cream at home.”