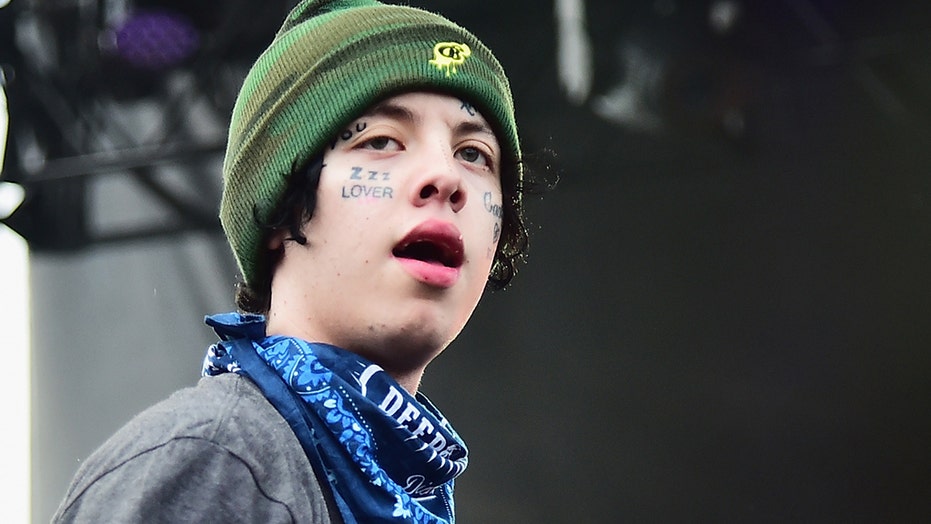 Rapper Lil Xan was rushed to a hospital last weekend after experiencing a panic attack due to the coronavirus pandemic, according to a new report.

While TMZ reported on Monday that Xan, whose real name is Diego Leanos, did not actually contract COVID-19, the 23-year-old was admitted because he became stressed about the stay-at-home orders currently in effect in California.

Lil Xan was taken to the hospital after experiencing a panic attack while in coronavirus isolation. (Getty)

The rapper told the gossip site that he was taken by ambulance to the hospital on Sunday while he was sheltering at his mother’s home in Corona, Calif., and that it was his mother who phoned police after witnessing Leanos in a hallucinating state, which alarmed her.

After the incident, Leanos said doctors relayed to him that he had a panic attack. However, Leanos told TMZ he doesn’t remember the episode and believes it was triggered by the mounting anxiety he’s been feeling while holed up.

LIL XAN OPENS UP ABOUT ADDICTION, HOW MAC MILLER'S DEATH AFFECTED HIM

Leanos has been keeping up with his fans during the quarantine period and even checked in with his social media followers earlier this month when he asked them how they were getting through the pandemic.

“Corona virus is probably the most lonely thing lol how are you guys coping with it ?💔” Leanos posted on April 3. On Friday, he came back with a similar post and caption, asking his followers for suggestions to pulling through.

“How the f--k is everyone staying sane in this pandemic I need some ideas? 🤔” he wrote.

Leanos, who previously dated Noah Cyrus, has been forthright about his addiction issues and checked himself into drug rehab for treatment in November 2018 following the death of rapper Mac Miller, though Leanos would leave the facility some two weeks later and said he was “sober.”

He told TMZ at the time that Miller’s death was a “wake-up call” and said he “wanted to stop drugs completely but I did it the wrong way.”

Leanos told the site on Tuesday that he has absolutely been abiding by the stay-at-home regulations and has only been leaving the house for essentials. The downside, he says, is that as a recording artist, he is unable to record new music because studios aren’t deemed essential and the toll has been weighing on him given he earns the most in his family and all of his shows have been canceled.

He also said his album has been pushed back due to COVID-19.