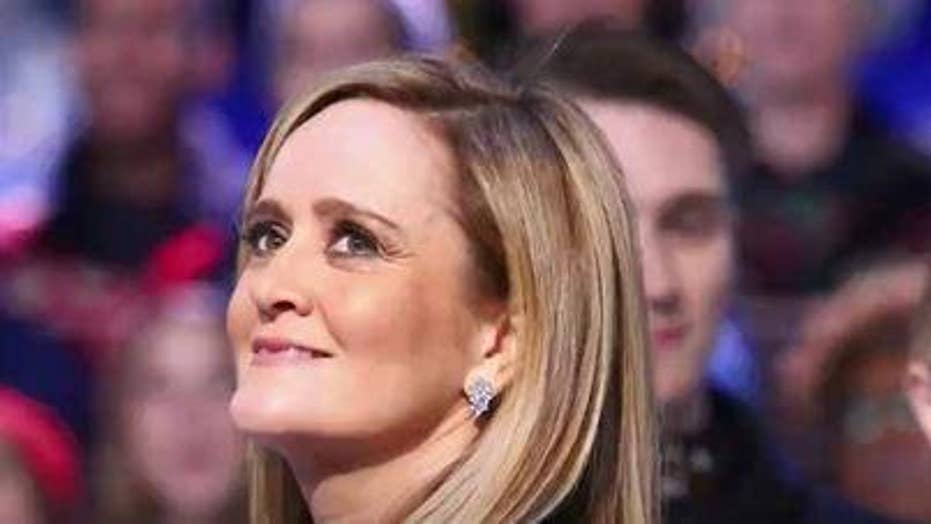 Bee began her show Wednesday night by calling “Unplanned” an “anti-choice propaganda movie” and noted its “not awful” showing at the box office, where it earned more than $6 million and placed fourth behind blockbusters “Dumbo,” “Us,” and “Captain Marvel.”

“It’s obviously ridiculous and no one should see it, but the trailer is honestly wonderful,” Bee sarcastically told her audience. “Ordinarily, I wouldn’t waste precious time talking about a movie so bad, it makes 'A Christmas Prince 2: Royal Wedding' look like 'Citizen Kane 2: A Christmas Cane'… but the vice president tweeted about it from his official account, which makes it news.”

The TBS star referred to a tweet posted this week by Vice President Mike Pence, celebrating the film’s release.

“This is incredibly embarrassing, especially when you factor in how low our bar is for vice presidents right now,” she said in reference to the allegations of improper contact that at least seven women have now made against former Vice President Joe Biden.

Bee noted that “Unplanned” sold more than 700,000 tickets and joked that most of them were to “Duggars,” stars of the reality series "19 Kids and Counting."

Bee also called the pro-life film “mostly made-up,” unlike the “real and terrifying laws” that are being passed in certain states, invoking Georgia’s recently passed “heartbeat” bill that outlaws abortion if a heartbeat can be detected.