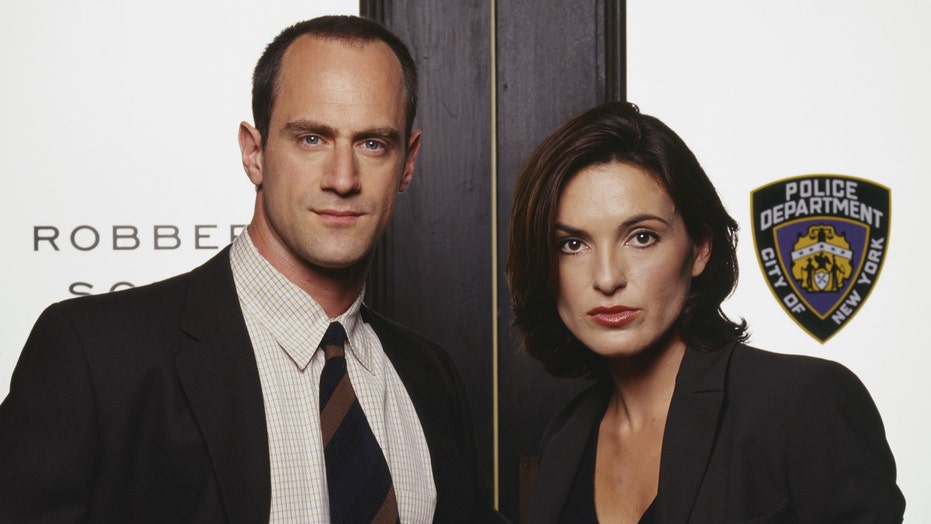 “Law & Order” stars Mariska Hargitay and Christopher Meloni posed for a photo together and appeared to hint at a reunion in the upcoming spinoff to “Special Victims Unit.”

Earlier this year, NBC announced that it was bringing Meloni’s character, Elliot Stabler, back for a spinoff from franchise mastermind Dick Wolf called “Law & Order: Organized Crime.” The actor starred on “Law & Order: SVU” for 12 seasons before being written out of the show somewhat unceremoniously. Meanwhile, Hargitay’s Olivia Benson remains on the show, which is in its 21st season.

Hargitay posted a pair of photos of herself hugging Meloni at what appears to be some kind of outdoor getaway. Meloni poses in an open button-up shirt with nothing on underneath while Hargitay is in what appears to be a swimsuit with wet hair.

She captioned the second image “Easy like Sunday mornin…”

Many believe this is a reference to the two characters reuniting after all these years by way of the upcoming Meloni-starring spinoff.

The new show will find Stabler returning to the NYPD after suffering a personal tragedy. However, he remained tight-lipped about just what that tragedy is. When he returns, he won’t be returning to his old unit. Instead, he’ll be part of a task force cracking down on organized crime.

Speaking to The New York Post in a recent interview, Meloni teased the reunion, which has not been officially announced in any capacity.

“It just has to be,” he said. “Benson and Stabler are inextricably linked, locked and connected. I think there is truly and deeply a worthwhile, inherent drama in exploring that relationship and the complexity of how Stabler left — the unresolved emotions both characters feel and how the fans feel.”

Since his “SVU” exit, Meloni has had roles on “True Blood,” “The Handmaid’s Tale,” “Pose,” “Veep” and he appeared in movies like “Surviving Jack, Happy!” and two “Wet Hot American Summer” spinoffs for Netflix.